Rights income for UK publishers in 2016 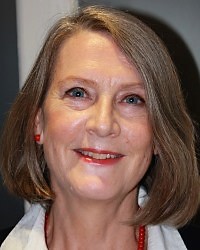 It is always a challenge to get accurate figures to demonstrate the importance of rights income to the publishing industry - and therefore to the UK's creative industries as a whole. The Publishers Association's (PA's) annual survey of rights, coeditions and secondary licensing, whilebased on data volunteered by only 31 UK publishers, is still a good indicator of the increasing value of the publishing licensing sector, and combined with data supplied by UK literary agents, is useful for identifying trends in the rights and licensing world.

Total reported income from rights and coeditions in 2016 was £211m. This is estimated to be 65% of the total UK income, suggesting an overall figure received by publishers of £325m. If added to the rounded-up agents' income figure of £207m (see below) this gives a potential total licensing value of £532m.

This income is not just important to log: it also can have a profound effect on a company's profitability. Although we are looking at gross income figures for rights income here, once authors' shares have been deducted the remaining percentage (averaging between 50% and 65% depending on the publishing sector) is profit (approximately £162.5m). This goes straight to a publisher's bottom line, often transforming the profit/loss situation on individual titles. To achieve the equivalent profit from book sales, publishers would need to reach a turnover level of well over £1.5bn.

We'd like to encourage more publishers and agents - there are some notable names that do not currently take part - to submit their annual figures, even if a great level of detail cannot be provided. The submissions are kept confidential, and are vital in demonstrating the importance of a healthy rights trading environment both within and outside the publishing trade.

Analysing the 2016 figures, the gross income total (for rights and coeditions) is up 22% on the previous year, and is part of an upward trend - it represents an increase of 18% since 2012. A larger percentage comes from rights (80%) than from coeditions (20%), and the largest share comes from the licensing of electronic rights and translation rights.

Among the publishing sectors, academic and professional income was 52% up on 2015, with adult non-fiction also increasing by 25%. The children's sector was steady, but shows an upward curve - the sector is up 39% since 2013.

Looking at the split between rights and coedition income (the latter being strongest in the areas of children's and trade adult illustrated titles), the percentage generated by coeditions in the field of reference shows a big decrease since 2013, while children's and adult non-fiction coeditions have remained steady.

Regionally, income from all areas of the world is up, except for a dip in the volatile Latin American markets. The highest increases are from Western Europe (41%) and Asia (24%), with the highest increases in language sales coming from Chinese (up 115% over 2015), German, Korean and Italian.

English language deals tend to come primarily from the trade publishing area, as many educational or academic publishers have very specifically UK programmes, or distribute their products globally. Licensing to the US and Canada is up only slightly from 2015, but the trend is upwards (an increase of 42% since 2013). Coeditions accounted for a slightly higher percentage of that income in 2016 than in 2015.

The simultaneous survey of UK agents' rights income (excluding their income from primary sales to the UK publishers) adds valuable information. Here there is also an increase (of 25%) over 2015, bringing the income for those agents who responded to £145m (up 36% on 2015). We believe this represents about 70% of the agent community, suggesting an overall potential total of approximately £207m. Fifty per cent of this income comes from translation rights, 40% from rights sales to the US and Canada, and the remaining 10% from elsewhere. Both translation and US percentages are increasing, with the percentage coming from "other rights" (which will include film/TV and other media) reduced by more than 50% since 2016.