She wrote under pseudonyms - in death she is nameless 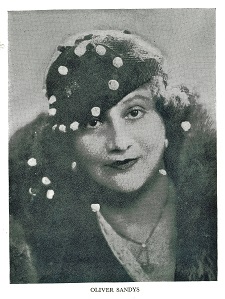 It began with a minibus trip - a literary tour of the haunts of Welsh literature's enfant terrible, Caradoc Evans.

Our last stop was the quiet west Wales village of New Cross, where the author had lived during the war with his second wife, Marguerite Jervis. An author herself, "She was quite a character", our guide told us - the kind of remark that contains volumes. And indeed it did. Jervis boasted a breathtaking ouevre of 149 books, and had other talents too.

With a career that stretched from the beginning of the 20th century to the early 1960s, Jervis had been - at various times - an actor, showgirl, and a pioneering woman journalist on Fleet Street. During a brief stint in Hollywood, she had appeared alongside the legendary Gloria Swanson in the silent film Stage Struck (1925). In the Thirties, she spent (and lost) considerable sums of money pursuing her dream of running a repertory theatre company.

That day in New Cross, our little party trudged up a steep, muddy bank to the village graveyard and the squat, granite gravestone bearing the name "Caradoc Evans". Marguerite was buried there too. Yet her name was not on the gravestone.

Star billing
Marguerite's books, as I later discovered, were adored by millions of (mostly) women. Appearing under the pseudonyms Oliver Sandys and the Countess Barcynska (and other names too), her novels were even translated into Portuguese for her loyal following of Brazilian fans. During her height, when she was turning out bestseller after bestseller, 11 of her novels were made into films. When the young Alfred Hitchcock directed his first film - a silent adaptation of the Sandys novel The Pleasure Garden - it was Marguerite's name, not his, that was emblazoned on cinema billboards.

Yet there she lies in that quiet graveyard, resting anonymously, while the man beside her gets top billing.

Marguerite did not seem the type of woman who could be easily forgotten. With her enormous veiled hats, her voluminous layers of brightly-coloured chiffon, and her collection of Indian bangles that jangled when she walked, she seemed by appearance alone - especially in rural west Wales - likely to be assured of a place in local legend. Yet even locally, few seemed to know her.

That gravestone, with her name absent, would not leave me alone. How could a woman who had once been so visible disappear so completely?

It was a mystery. And yet it wasn't. For me, Marguerite's nameless grave became a symbol of how she - and far too many women like her - had been overlooked, and then forgotten. It was an injustice that, if I could not put it right, I could at least make visible. I had to find out more. 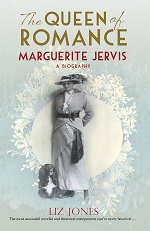 Soon, I discovered that Marguerite's version (or more often, versions) of events paid scant regard to the boundary between fact and fiction. Her life, as told by her, reminded me of an old Japanese puzzle box I used to play with as a child. Whenever I solved one puzzle, another, more complicated one would always pop up. Only with Marguerite there were no hidden drawers at the centre, to spring open and reveal her "real" story. There would only be only more puzzles to solve, more contradictions to unravel.

A pampered daughter of the Raj, destined solely for marriage, she turned her back on her family to pursue her dream of making a name for herself, leaving home with only the vaguest idea of what career to pursue, let alone how to survive. Yet she pulled it off. She tore up the rulebook for girls like her - and did it in some style.

As a romance author, she worked in a genre that attracted a mix of gender and class-based snobbery like no other. Undervalued and forced to become a one-woman writing machine to maintain her taste for haute couture and chauffeur-driven cars, she made herself a one-woman production line. Inevitably, this took its toll on her health.

Having resolved from a young age to "never be dependent on a man", Marguerite found herself in thrall to a succession of men - not least her controlling first husband, Armiger Barclay, who forced her to write under his name and later, tried to steal her royalties. (A dispute she eventually fought and won, with the help of the Society of Authors).

She is as fascinating as she is infuriating. The closer you get, the more her contradictions multiply. An inveterate self-publicist and flamboyant attention-seeker, she would shut herself away in her study for years at a time. Democratic and snobbish, fragile and tough, compassionate and ruthless; the only constant was her irrepressible ambition.

Since childhood, she had dreamed of "making a name", had dreaded being buried as "some man's Mrs Someone". Yet now she lies in that graveyard as some man's wife - and a nameless one at that.

Room for a plaque
That literary tour had begun more cheerfully, in a tree-lined square in the nearby resort of Aberystwyth, where we huddled outside the elegant Georgian house that Marguerite and Caradoc had shared during the 1930s. Marguerite had loved it there - had crammed the drawing room full of her antique furniture, statues of Buddha and her beloved Russian icons. There she would lavishly feed her troupe of actors after rehearsals. These were the happiest years of her turbulent life. Outside, there is a plaque on the wall for Caradoc. Yet again, Marguerite has disappeared. But there is still room for another.

Having written the biography, I have set myself the task of campaigning for another, bigger, plaque - as bright and big as the authorities will allow. On it, "Marguerite Jervis" - and a string of her pennames - will be etched in bold. It's the least I can do. 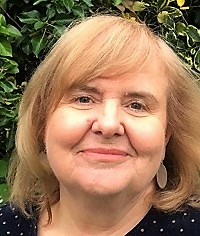 The Queen of Romance by Liz Jones (right) is published by Honno as a £12.99 paperback original today, 6 May.