Scribner signs in the UK for six figures 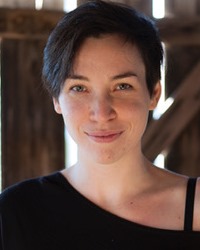 Rowan Cope at Scribner has struck a six-figure pre-empt for debut novel Disappearing Earth by Julia Phillips, also signed by Knopf in the US in a "major two-book deal". The author's agent is Suzanne Gluck at William Morris Endeavor; the UK deal was negotiated by WME's Elizabeth Sheinkman.

The novel is set in the remote Russian community of Kamchatka, where two young girls go missing. Cope said: "Julia Phillips has written an extraordinary, beautiful and unforgettable novel that has at its heart the disappearance of two young girls and a small community left bereft and searching for answers. It is also a breathtaking meditation on mothers, sisters and daughters, on love, loss and loneliness. I feel sure that Julia Phillips' talent as a writer is destined to move a great many readers, and we couldn't be prouder or more excited that she is joining Scribner in the UK."

Phillips 29, is a Pushcart-nominated writer who spent a year on a Fulbright grant in Kamchatka doing on-the-ground research, including a 583-mile dog sled race and a stint herding reindeer. She speaks fluent Russian and was recently in residency at Yaddo, where she finished the novel. She has written non-fiction pieces about Russia for BuzzFeed News, Jezebel, and Slate.