Mark McCallum on the challenges of making content accessible 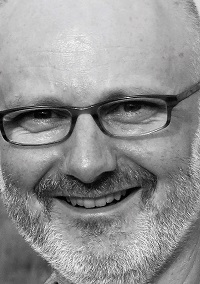 The requirement to make content accessible has grown from a low murmur to a loud roar over the past three years. The Marrakesh Treaty, now ratified by 31 countries, came into force on 30 September 2016, and the EU required all member states to implement legislation supporting the treaty by 11 October 2018. This regulation adds to the existing US Section 508 and No Child Left Behind Act. To this legislative drive can be added the commercial imperative of US higher ed course adoption requirements, of the near ubiquity of assistive technology, and a greater cultural awareness of the cost of exclusion (summed up by Tim Cook's statement: "Accessibility rights are human rights"). Where recently making content accessible was tactical - an addressing of immediate needs - it has now become a strategic necessity.

However, the provision for accessible content is mostly implemented as a reactive task and not an opportunity to be proactively embraced. In the US more than 7 million people are visually impaired (Pew Research Center); in the UK the number is more than 2 million (NHS). Also, in the US, one in 10 people has some form of dyslexia (American Dyslexia Association). These are significant, discreet markets that are not being addressed by publishers. A fully accessible file executed to WCAG 2.1(*), PDF/UA(**), 508(***) or HHS(****) standards can extend the market potential for content by as much as 10%. Making content accessible is a commercial opportunity not just a responsibility.

As the Royal National Institute for the Blind's Stacy Scott notes: "Publishers are far more aware that making their content accessible is crucial and an integral part of producing content; no longer the afterthought that comes far too late." Assistive technology needs to be incorporated into the earliest stages of content development, not as an afterthought. Alt text(*****), to properly communicate concepts and illustrative elements, needs to be properly included in the editorial process. Alt text writers with subject matter expertise - in most cases not the original author - are key contributors, and workflows need to be re-worked to accommodate their input.

Decisions concerning the remediation of the backlist can be hindered by economic uncertainties. Is there adequate demand for a remediated edition to justify the cost? What are the potential losses where an inaccessible edition fails to be adopted? In the case of institutional adoptions, the demand is often more readily calculated. In the US, lawsuits, citing the Americans with Disabilities Act, have sent a clear signal as to the types of publications, territories and institutions where accessible content will be mandated. Publishers would do well to take note of such precedent-setting cases and anticipate the backlist titles most vulnerable.

In the UK litigation has been less prevalent. Nevertheless, there have been incidents in which the Royal National Institute for the Blind has threatened legal action, citing the Equality Act of 2010. In many of these cases - where educational institutes were the focus - resolutions were implemented without judicial proceedings. As in the US, these particular legal cases provide a good indicator of the kind of content and circumstances where publishers can anticipate the demand for remediated content. Publishers will want to take a proactive approach, wherever possible, rather than having to produce a rushed remediated title to meet an immediate and urgent market demand.

The development of a frontlist strategy is challenging, but the possibility of smooth efficiency, delivering new titles in all and any format required compels focus. The scale of a publisher's inventory, however, makes backlist remediation seem Sisyphean unless tackled on demand. However, this approach ignores the risk of a major channel or retailer demanding all ePubs be available in accessible formats. That challenge, if currently unlikely, forces publishers to understand the scale and complexity of remediating their backlists, and the tools and workflows they need to deploy to assist them.

Whether publishers are trying to establish efficient, accessible frontlist workflows or scaled, commercially-viable backlist remediation processes, they are confronted by the same challenges: a commercial imperative for automation and the demand for skilled alt text writers. Is it semantically generated at all, or syntactically produced through automation (an effective path to producing alt text for maths equations)? And where do you introduce it into the workflow? Whatever the origin, alt text needs to be consistent and should be validated against the publisher's established standard (consult WCAG 2.1).

The day may not be far off when all content produced is accessible. As always, assisted technologies and innovative production technologies are bringing improved solutions into play all the time. Possibly the biggest challenge is for concise and clever alt text. Some might say a meaningful description of an image of the ceiling of the Sistine Chapel, in less than 1,000 words, is just as much a work of art.

* Web Content Accessibility Guidelines; ** The PDF/UA standard (Universal Accessibility) - specifications for accessible PDF documents; *** Section 508 amendment to the Rehabilitation Act in the US - to make electronic and information technology accessible; **** US Department of Health & Human Services (HHS); ***** Alt text - a phrase inserted into a digital or electronic document to describe the content of an image for users