Roger Tagholm, in association with the London Book Fair, on the Waterstones sale, morality clauses, and other industry news 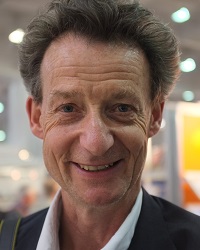 Congratulations also to Penguin Random House US, which has been named America's Best Midsize Employers 2018 by Forbes magazine. The publisher's entrepreneurial spirit was applauded, with its recently appointed ceo Madeline McIntosh commenting: "People are given a great deal of ownership to make independent decisions. If you do the right thing by the books and by readers and by authors, you're rewarded by being given new challenges."

Sighs of relief all round at the Waterstones sale, even if some in the industry are wondering exactly what an "activist" hedge fund is. Perhaps it is possible to have an "activist" bookseller too? On which note, people should email new owners Elliott Advisors and name a location that deserves a Waterstones. There are still gaps. Here's a start: Tooting in south London.

It has been another embarrassing week for the book industry, what with the No Nobel Prize for Literature scandal (the No-No might be a good name) and author Junot Diaz being called out for past behaviour and forced to cancel a book tour. No wonder that there is an increase in so-called "morality clauses" in authors' contracts, allowing termination "in response to a broad range of behaviour", as Publishers Weekly reported it.

On a happier note, the inaugural MFest at London's British Library was a success. This festival of Muslim culture and ideas is supported by the Aziz Foundation, and among the highlights was Elif Shafak's call for a plurality of voices and recognition of the diversity of the Muslim world, as well as a feisty session with young British "Hijabis" - their term - on reclaiming their identity. Sabeena Akhtar, editor of Cut from the Same Cloth, a forthcoming collection of essays from Unbound, said: "In books and in the media we are spoken on behalf of often by men, non-hijabis, and non-Muslims. Whether it is radical commentators sensationalising our existence or stereotypical norms being perpetuated by the same old faces, hijabis are tired. Too often we are seen to exist only in statistics, whilst others gain a platform off the back of the hostilities we face."

The health of indies in the US was underlined by American Booksellers Association ceo Oren Teicher following the fourth Independent Booksellers Day in April. "Sales in the indie channel for the week of IBD this year were up 9.5% over sales in the comparable week in 2017," Teicher said, noting also that the ABA had seen seven years of membership growth.

Much excitement over Rob Hart's dystopian thriller The Warehouse, which went to Transworld for a six-figure sum. Set in a near future in which one online retail giant called Cloud dominates life for citizens (whom can this be based on?), the novel has already been sold to Crown in the US and to 14 other territories and counting.

It may ring a bell for those who attended FutureBook in 2013. Brad Stone, author of The Everything Store: Jeff Bezos and the Age of Amazon, told delegates there about what he called "hovel man". This was the worker at one of Amazon's giant warehouses in Kansas who had hollowed out a kind of den in between the pallets, and was living there. "It was amazing," Stone said. "This guy had food in there and drinks, everything you would need. And he'd just stay in there the whole day..."