'That's how we did it': writing about the special forces

Damien Lewis on the collaboration behind his SAS histories 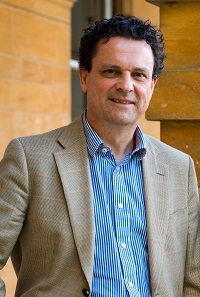 WWII veteran Jack Mann was already in his late 80s when I first met him, yet he made a truly imposing figure. Walking stick gripped firmly in hand, erect in posture, SAS regimental tie and lapel badge matched by the fierce glint in his eye, over lunch at London's Victory Services Club he regaled me with stories from his war years.

A teenage Jack had lied about his age to get into the British military, and being decent at Italian - today he speaks eight languages - he was ordered to infiltrate Italian POW camps, to spy on the prisoners, and gather intelligence. But as Jack rightfully pointed out, he would never have been able to convince anyone he was a native speaker, and he would soon have been unmasked. So his superiors spirited him off to North Africa to join our fledgling special forces, where the British military was fighting tooth-and-nail against the Italians, and shortly against General Rommel's Afrikan Corps as well. It was the beginning of four years of elite forces missions, spanning the length and breadth of North Africa and western Europe.

As we got up to leave the Victory Services Club, Jack led the way down a narrow aisle, only to come up against a much younger man - probably in his 50s - coming the other way. I saw Jack raise himself to his full six-feet-two inches and stare the oncoming figure down. "I'm bigger than you are," he growled. The man in question took one look at his expression and his regimental insignia, and stepped smartly out of the way.

The meeting inspired my fascination with the WWII operations of the SAS and related British special forces - the Special Operations Executive (SOE), Churchill's so-called Ministry for Ungentlemanly Warfare included - and a series of books on the same. And it started a long-lasting and special friendship - and literary collaboration - with Jack.

One of only a handful of SAS veterans from WWII still with us, Jack features in several of my books, and incredibly, for a man now pushing towards his 100th birthday, he has read each from my early draft, his insight proving invaluable. What does he bring? It's the authenticity. The immediacy. I endeavour to bring history alive in my writing, and my collaboration with Jack has been crucial to that process.

As epitomised by Jack's "I'm bigger than you are", these were men - and women in the SOE's case - who did not take backward steps. They were recruited by David Stirling, the SAS's founder, to reflect the egalitarian values and warrior spirit of a very new way of fighting war: merit above rank, a classless society, humour and the relentless pursuit of excellence. Forged in fire, they were exemplars of the SAS motto adopted in WWII - who dares wins.

Crucially, if captured, these were men who would never give up trying to escape and make it back to the Allied lines. The driving factor behind so many death-defying and epic escapes executed by SAS members during WWII was this: they were compelled by the guilt that they were languishing in POW camps in comparative safety, while their comrades were daily facing the trauma, and the blood, guts and fire of operating behind enemy lines. 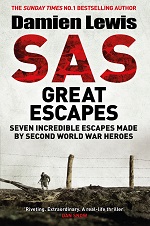 That is the inspiration behind my new book, SAS Great Escapes. I wrote and researched the book in part during the pandemic, when archives in the UK and elsewhere have been largely shut down, and the generous cooperation of the families of those portrayed has been key.

As just one example, the book tells the story of how Lieutenant Thomas Langton led a group of fellow raiders - mostly Brits, but one of them an Austrian Jew who had volunteered because of a burning hunger to fight the Nazis - on an epic escape and evasion across hundreds of miles of the sun-blasted Sahara desert. Having executed a daring and audacious raid on Tobruk, Langton and his men were hunted and hounded all of the way.

Incredibly - unbelievably almost - Langton managed to keep a diary of his escape, scribbled on pages torn from a notebook; it makes for visceral reading. Thanks to the open-hearted generosity of the Langton family, I was given access to that, and indeed all of Thomas Langton's private papers, which absolutely brought his story to life.

In another chapter, Lieutenant James Quentin Hughes is left terribly injured when a raid on an Italian airbase goes tragically wrong. Captured by the Germans, Hughes is nursed back to life, only to be told by his Gestapo interrogators that under Hitler's orders, he is an "illegal combatant", and like all captured special forces he is to be shot.

After Hughes had made his incredible escape, partly thanks to the German medics who plotted to save him, he returned to England to provide chapter and verse to the SAS high command about the Fuhrer's illegal execution order. A seminal point in the war, this was the first evidence that Hitler had indeed written his so-called "Commando Order", decreeing that all captured men and women of Allied special forces were to be tortured and killed.

Thankfully, Hughes's eye-witness report has been saved for posterity in the Kew Archives. Thankfully, and despite cataract operations and being locked down in the pandemic, Jack was able to read an early draft of the book and provide invaluable insight.

SAS Great Escapes is the result of that very special collaboration.

Quercus publishes SAS Great Escapes by Damien Lewis on 27 May. Lewis is doing an online tour, and will speak at the National Army Museum on 25 May, Sheffield Library on 1 June, and Blackwell's on 3 June.