The ardour of the exile 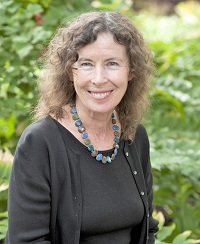 There is a long tradition of expatriate writers - James Joyce in Trieste, James Baldwin in France, Muriel Spark in Italy; but I never expected to be, albeit in a very humble way, a part of it. I'm still surprised that life and work have led me to spend a good portion of each year in Boston. Although all my novels, save one, are set in Britain, they are mostly written at a desk three thousand miles away. This has its pleasures and its complications. I don't think that Robert Louis Stevenson, living on the island of Samoa and working on his last novel, The Weir of Hermiston, ever considered the people around him as potential readers. He was still listening to, and writing for, the voices of his Scottish youth, whereas my inner ear is divided between people for whom the word "pants" means underwear and those for whom it means trousers.

The problem of language is also a problem of perception. A poet friend has been living in Athens for almost 20 years, but no one thinks of her as Greek. I, however, am constantly battling the assumption that I am a would-be American. Darling, my mother says on the phone from her small Scottish town, what has that man you've elected done now? (I don't know where to begin.) But this dual pressure makes me work especially hard to be accurate in my fiction.

In my characters' footsteps
As a young writer, I often heard the advice, "Write what you know." It took me years to realise that I could know more. Research has become one of the great pleasures of my trans-Atlantic life. Although the internet is a great source of facts and figures, there is no substitute for walking the streets that my characters walk, doing the things they do. How else could I justify a trip to the Battersea Dogs Home, where I almost adopt a lurcher named Rita - likes children and long walks - and call it work? Fortunately, the Home guards against impulsive adoptions. 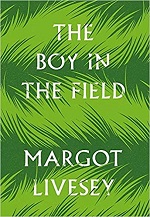 My most recent novel, The Boy in the Field, is set in and near Oxford, and I loved having an excuse to explore the city. A scene I had imagined taking place in the Bodleian Library turned out to be impossible - my character, Zoe, wouldn't have been allowed entry - so I moved it to the more hospitable Museum of Natural History. Checking out the police station on St Aldate's, I noticed a downspout with an elephant stamped into the lead. I try to have my character Matthew notice it, but it never quite fits. Walking along Broad Street, I am struck by the emperors' heads surrounding the entrance to the Sheldonian Theatre; I decide to set a crucial conversation beneath their gaze. But, however careful I am, I am always aware that I may be subject to a little extra scrutiny, like someone writing from the point of view of another gender. I begged a meticulous former editor to fact check my manuscript.

Issues of perception are perhaps even more complicated around cultural issues. When I published my first novel, set in Edinburgh, no one in the UK suggested that the embattled narrator should seek the help of a counsellor, whereas several US readers did. In a more recent novel, readers on both sides of the Pond thought my characters should seek professional help. Although very few of those in Britain had themselves seen a counsellor, they had become much more aware of the phenomenon. It's sometimes hard to keep track of these shifts in perception, which often diverge from reality - especially in these turbulent, statue-toppling times.

I hope my blind spots are offset by the way in which my time in America makes Britain new to me again. I come back, come home, three or four times a year filled with an exile's ardour for the minutiae of daily life: the snail on the wall by the station, the newsagent saying, "Cheers, love", the octagonal tower in Highbury where Thomas Cromwell once took his ease, the throngs of people walking down Princes Street or the South Bank, the curlews crying on the Perthshire moors, all speak to me. The gap between Boston and London has grown in the last few months; I am not just 3,000 miles away but 3,000 miles and six feet. I am trying to use the extra distance to advantage, but I hope to come and check up on my characters soon.

The Boy in the Field by Margot Livesey is out from Sceptre on 11 August.