The Army: an insider-outsider's view 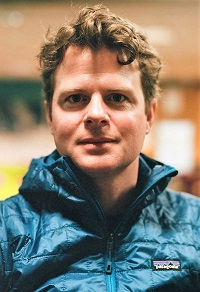 Next month, Scribe will publish The Changing of the Guard, my account of the evolution of the British Army since 9/11.

The origins of this book run back almost two decades. In 2003-4, I held a Gap Year Commission in the British Army, a scheme enabling selected school leavers to spend time in the military before university. After graduation I became a journalist, working for the New York Times, Reuters, the Economist, and Newsweek.

In 2013, 10 years after I had last seen the British Army at close quarters, I decided to investigate what a decade of conflict in Iraq and Afghanistan had done to the institution I saw just before it entered a period of massive change. As one former officer put it: "He speaks fluent Army from his Gap Year Commission, but he is not 'of' the Army and will not spare his keen journalistic instinct." I was a military insider-outsider, and I wanted to use this status both to tell a story of vital public interest and to write a book unlike other military histories.

The proposal for The Changing of the Guard sold at auction in 2015. Five major British publishers made bids, and the winning house billed it as "an explosive, intimate, authoritative account of the British army and of its recent wars in Iraq and Afghanistan, based on exclusive interviews, rigorous research and on-the-ground reporting... [which] will explore how the modern military works, where it's gone wrong, and what that means for British society".

I spent three-and-a half years writing the book, and interviewed some 260 sources, from former British troops to US commander David Petraeus, local Iraqis who had interacted with the British, and even prostitutes who had slept with soldiers.

The Changing of the Guard was scheduled to be published in March 2019, and in late 2018 I was informed by my publisher that they were extremely happy with it. It received a number of pre-publication endorsements, including from Sherard Cowper Coles, the former British ambassador to Afghanistan, and Peter Frankopan, author of The Silk Roads.

However, in January 2019, an individual with close relations to the military wrote to my publisher to inform them that they should expect to be sued on publication of my book. At the same time there was significant parallel pressure from various individuals I had interviewed but who had changed their minds about being included.

[This Guardian article tells the story of how Akam and his publisher, William Heinemann, came to have irreconcilable differences over The Changing of the Guard. Wm Heinemann told the Guardian that it did not see the dispute as a matter of freedom of expression, and denied a claim that it had demanded the author give copy approval to all his interviewees – Ed.]

Despite extensive correspondence and meetings, I and my agent were unable to change my publisher's position. Clearly, it would be best if I took the book elsewhere. After I read coverage of independent publisher Scribe's gutsy publication in the UK in 2019 of fraud exposé Billion Dollar Whale in the face of legal challenges, I contacted Scribe directly. 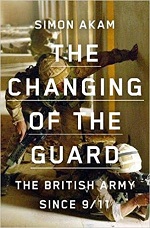 In Scribe's office in Clerkenwell I explained the genesis and development of The Changing of the Guard. Scribe's founder Henry Rosenbloom said he would take the book on. Although there was interest from another publisher, opting for Scribe was easy. I was impressed by their professionalism, straightforwardness, and bravery. I bought back the rights from my former publisher.

The past two years have been profoundly difficult. But the three years I spent writing the book in the face of considerable institutional resistance were also challenging. In a way the former experience prepared me for the latter, and I was fortunate to have the support of people who believed in what I was doing and were key to my persistence.

I persevered because I believe that it is important that this book be published. In the past two decades Britain has fought two prolonged wars, at enormous social and financial cost. These conflicts remain underexamined, accountability at the highest levels has never been served, and yet so many individual lives were upended. As fresh controversies dominate public consciousness, we are at risk of letting exhaustion, institutional inertia and fear of reprisal stifle debate, potentially dooming the problems encountered in Iraq and Afghanistan to recurrence.

The saga of bringing The Changing of the Guard to publication also reflects its central theme: that since 2001 the British military has failed to achieve its objectives and then mobilised extraordinary efforts to water down or suppress external and internal dissent.

Given this book is now going to be published, history will be the final judge as to who was right.

Scribe publishes The Changing of the Guard on 11 February.