The book industry needs a shakeup and a wake up

Good books and authors are dying on the vine, argues author and publisher Mark Hodkinson 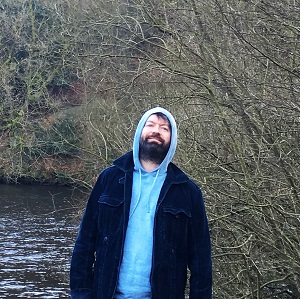 Merely saying the words feels wrong, very wrong. It's too cruel, too crushing. But here goes: "Give up." Yeah, give up. Let go. Move on. You see, you probably don't have the talent for it and if you do, no one cares. Or they're too busy to notice.

Cynicism doesn't come easy to me. I'm a tryer, a hoper. And it's done me okay. As a kid, I started out writing punk fanzines in my bedroom, and ended up a columnist for a broadsheet newspaper. I've had a football book longlisted for the William Hill Sports Book of the Year, and my novel The Last Mad Surge of Youth was Q magazine's "novel of the year". Oh, and I present and produce documentaries for BBC Radio 4.

Understandably, then, I'm assumed to be well connected and an obvious target for hustlers. They want to know how - how to write a book, how to get a deal. They each imagine the publishing world to be chummy, enthusiastic and, most curiously, within easy reach.

A typical case saw a good friend inform me recently that he'd finally finished his novel after many years. He said he planned to contact one or two literary agents. I nodded. I was hoping he wouldn't ask. He did. "What do you think my chances are?" I didn't answer him directly but told him a story instead - my story.

Setting up Pomona
Back in 2004 I set up an independent publishing house (more a shed, really) called Pomona. I had been asked to proof several manuscripts, and decided to turn them into books that were beautifully typeset with great covers. I also brought back into print my literary heroes such as Barry Hines, Ray Gosling, Hunter Davies and Trevor Hoyle. Along the way my enthusiasm ensnared Simon Armitage; Stuart Murdoch of the band Belle and Sebastian; biographies of fascinating, compulsive women Lotte Berk and Elizabeth Smart; the anarchist collective, Crass, and the world's leading authority on JD Salinger, Kenneth Slawenski.

I worked very hard. I waded through the turgid and onerous admin (the AIs, the ISBNs, the metadata, the hi-res and lo-res PDFs of the covers, arrgh), and did my utmost for every book. On a paltry budget, we did reasonably well. We sold a few thousand of some, a few hundreds of others.

I soon realised, however, that there was a limit on impact and sales, no matter how dedicated the rest of our "team" - the reps and distributors who, the same as Pomona, worked independently. In vehicular terms, the conventional publishing industry was a Bentley Bentayga (RRP: £137,000, top speed 187 mph), while Pomona was a rusty bicycle pulled out of the canal, just about rideable given a bloody good push.

I carried on writing while running Pomona. I have upwards of half a million words on my PC, and my quality control is stringent. Most days I stare down hard at mediocrity, or worse. But last year I finished a novel that I knew instinctively was me at the top of my game. As writers often say, it "wrote itself", and on the 374th (approx) read-through, still felt fresh and valid.

Being northern and working-class, I have humility painted upon me several coats deep. In childhood, any sign of being "full of myself" and there was a queue of parents, grandparents, aunties, uncles, near-neighbours and passers-by all keen to issue the killing, chilling: "Who do you think you are?" Still, I was unusually pleased with this book, and, down the years, had chiselled myself an impressive CV. Decision made: I resolved to petition the established publishing industry.

In the music business, CDs sent to record labels by unmanaged, unconnected, unknown bands are cruelly classed "idiot CDs". At the very least, surely, my CV ensured mine wasn't at idiot email. In fact, I can't imagine a more persuasive introduction. In friendly, non-pushy terms, I related that I was endorsed by several national broadsheets (close on 300 articles) and the BBC, and that my previous books had been critically acclaimed on a national level. My earlier novel, published on the Pomona list, had sold more than 1,000 copies - which, I'm told, was in excess of some novels from major publishers.

Approaching agents and publishers
I sent out more than 100 emails to agents and publishers, each personalised to the recipient. I realised long ago that finding patrons in any creative field was largely a quantitative exercise: in short, the bigger the net, the greater the catch. But I was surprised to find that an industry seeking widescale public engagement was peculiarly shy in making known the contact details of its frontline staff. I had to learn my way around the ginnels and snickets of the township of their websites.

We live in hectic times. Our "to do" lists are ever-expanding. This meeting, that meeting. We all miss occasional emails or delete them accidentally or they drop into our spam boxes. I didn't expect a deluge of replies. I received a trickle; a strike rate of about one response to every 10 sent out.

These often came from interns or assistants of assistants, and the tone was dry and formal, even a touch defensive. I soon realised that my warm, witty email with all its commendations had meant naught - I was in the same queue as the lady from the Silver Threads Club fresh from a two-week creative writing course at her local library and keen to submit her book, Memories of a Village Life in Mytholmroyd.

I was told in these responses, with a slightly chastising tone, that I'd eschewed protocol. Before my manuscript could be considered I had to submit a synopsis, chapter breakdown, CV, plot outline, blood sample and a short extract (one of these is made up). Plainly, these were obstacles designed to deter those without procedural nous or inclination. How many great novels have remained unread and unpublished because an author either balked at this level of bureaucracy or failed to properly comply? If you want to see whether someone can write and excite, read the first paragraph of his or her manuscript. Job done. Easy.

I did as requested, and waited. And waited. Eventually, two or three months later, from more than 250 emails sent (I followed up those that had not garnered an original response with a, "You may have missed my last one..."), I received five emails from real, living and breathing people who appeared to have read the manuscript. They each conceded to "enjoying" it, and acknowledged that I could, in fact, write, but, unfortunately (their words), it wasn't what they were looking for right now or felt they could place in the current market.

Rejection hurts, and there is a tendency to either sulk or strike out. Instead, I began to ponder on the rejectors, these gatekeepers. I checked them out on Twitter and Facebook or on web profiles (admit it, we all do it). A discernible profile soon emerged. There were one or two blokes (Piers, Giles, etc), but they were largely women in their 20s and 30s. They were London or Home Counties-based and raised, university-educated, and had names seldom heard (i.e.: never) at my old school (comprehensive, on a council estate): Allegra, Antoinette, Aurelia and Arabella - and that's just the As.

This profile has probably evolved to serve the chick-lit boom, and suits an industry where women read far more novels than men. I'm sure they are each well-read and open-minded, but instinct will draw them predominantly to themes and settings and characters recognisable from their own backgrounds; it happens across all creative media. It means stories by (in my case) older working-class writers set among the working-class (as my novel is) will be disproportionally represented. I am passionate about writing and books, but often leave bookshops downhearted. To quote Morrissey (is that still allowed?): they say nothing to me about my life.

Cliques
I accept I stand accused of cooking up a right old menu from jealousy, self pity and victimhood - sour grapes, chips on my shoulder and all that - but it suits the industry to be contemptuous of its naysayers: it indemnifies it from criticism. So, the self-serving cliques remain, and no-one stops to think about who is running this precious industry, how they are running it and who is it for.

At least it has acknowledged that there is an inclusivity issue. Last year Penguin Random House UK introduced an "inclusion tracker"with an aim to "reflect UK society by 2025". "We are determined to publish a wider range of voices and books to more fully reflect the diverse society we live in," says Tom Weldon, its ceo.

Unlike ethnicity or gender, which is easy to discern - a person's name is usually enough - class is difficult to distinguish. The easy classification would be based on background: what was the value of your parents' home? What jobs did they have? But perhaps a more idiosyncratic approach might be more apropos: how rounded (or not) is the vowel in "class"? What do you call the evening meal - dinner, tea or supper? Can you name and pronounce correctly three types of red wine? 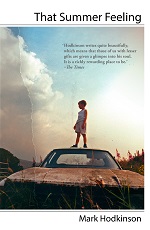 Inevitably, for all novels are autobiographies slyly disguised, these themes entered my book, That Summer Feeling. My 22-year-old protagonist is on a creative writing course. He doesn't want to write to order, within a genre. No, he wants to write "proper" books about all he sees around him, all he knows. He and his cantankerous lecturer, Joe, a former mid-list author, share a devastating epiphany: the futility of writing, of creativity. No one is reading any more, no one cares. Between pints of the bitterest bitter, Joe asks: "Isn't it immoral that we're training up these kids, taking money off them, filling their heads with dreams, when we know the industry is a stitch up and the novel as good as dead?"

I'm not Joe. I wouldn't go so far, not yet. I just think the industry needs a shakeup and a wake up. Employ more people from working-class backgrounds. Commission more books about the working-class (and not just the scuzzy, prurient subdivision). Leave London (metaphorically, if not physically). End the silly "admissions policy" for manuscripts. Read them! Be a little warmer and friendlier with your correspondence (most people are not deluded nutcases with a sense of entitlement). Be brave. Have some fun. Great work is out there but it is dying on the vine.

Oh, and my mate and his novel? No one got back.