The British and Reading: a short history

The British may not be the most assiduous readers, writes Dominic Selwood, but they can be proud of their literary heritage 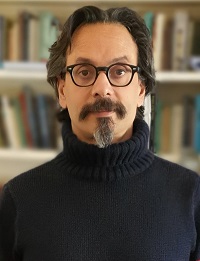 "I have always imagined Paradise," Jorge-Luis Borges mused, "will be a kind of library." And Argentinians agree with him. At least, more so than Britons. According to an NOP survey of national reading habits, Britain lags behind 25 other nations in the number of hours per week people spend reading books. Top of the table is India at 10.42 hours, with Britons clocking up less than half of that at a slender 5.18. This is still, however, ahead of Japan and Korea, which poll 4.06 and 3.06 respectively.

Britain may not be topping the reading charts, but it does have a long tradition of literacy and enthusiasm for the printed word. Today, national literacy is at 99%. Although that leaves an alarming 670,000 people who cannot read and write - and one in six of those who are literate have only poor literacy skills (figures from the National Literacy Trust) - it is nevertheless the highest overall level of literacy in the country's history. The story of how we got here is fascinating.

When Julius Caesar visited Britain in 55 and 54 BC, he wrote a travelogue - the first to describe the Britons - in which he noted that England's druids wrote their secrets using Greek letters. Not long after, the archaeological record shows British coins were circulating with Latin inscriptions, evidence of trade with the Roman Empire over the Channel. So, even before the Romans eventually invaded in AD 43 and brought writing, there was some literacy in Britain. 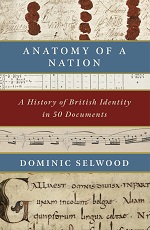 Across the Roman Empire, a significant number of people could read and write. Fiction, poetry, history, science, and medicine all circulated widely, and lapidary inscriptions were on display everywhere in public spaces. Ordinary people also corresponded, with the earliest woman's writing from anywhere in the Empire discovered in Northumberland. The author was Claudia Severa, a young Roman army wife in her late teens or early twenties, and she sent her friend a birthday invitation written by a scribe, but with a closing, personal greeting in her own handwriting.

After the fall of Rome in the fifth century, and for the following thousand years - the Middle Ages - only a select few were literate: mainly the priests and monks of Rome's religious legacy, keeping the spirit of the Empire alive in intellectual pursuits. The most famous in England was Gildas, who wailed at the depravity of the Anglo-Saxon settlers arriving to pick over the bones of what had been Roman Britain.

As the Middle Ages progressed, literacy grew. Anglo-Saxon Britain became known for the quantity and quality of its books. In time, merchants kept records, and some women began to read and write. In the 1100s, Marie of France - living in England - composed poetry. In the early 1400s, the anchoress Julian of Norwich produced a book on spiritual mysticism. And not long after, Margery Kempe, a visionary, completed the country's first autobiography.

By the 1300s/1400s, literacy was extending beyond the Church and commerce. Records from manor courts show people arriving at hearings with texts to prove their cases in an array of disputes over land, property, tax, heriot (inheritance dues), leyrwite (fines paid by women for fornication), and other commonplace grievances.

Figures so far are approximations, but in 1754 the Clandestine Marriages Act required couples to sign marriage registers, allowing historians to tabulate signatures by sex, class, and place. This yields more solid literacy data, based on the assumption that being able to write one's name indicates an ability to read, as reading is easier and usually learned before writing.

The steep hike in literacy came in the 19th century among the working class. In 1800, 60% of men and 40% of women were literate, but within a century the number had soared to 97% for both sexes, with the rise almost totally attributable to education. At the start of the period there was no meaningful schooling available to most children. However, churches began opening Sunday Schools to teach Bible study and, by the 1850s, half the country's children attended one regularly. An increasing number also began attending other forms of school, until in 1880 ordinary school attendance was made mandatory for children from the ages of five to ten.

The picture was different for middle- and upper-class boys, many of whom started receiving private schooling in the first half of the 1800s. Girls from these affluent families often went to schools which merely taught "accomplishments", but from the 1850s intellectual education for fee-paying girls was increasingly available.

Across these periods, reading material varied widely. Before the Reformation, Wynkyn de Worde - the immediate heir to William Caxton's presses - churned out books of Latin liturgy, which ordinary parishioners read in Church to follow along with the services. After the Tudors' break from Rome, religious texts continued to flourish, as did polemical and sectarian tracts, pitting distortions of Protestantism and Catholicism against each other.

Fiction was also popular. Caxton had specialised in courtly and chivalric romances, with crowd-pleasers like The Canterbury Tales and Le Morte d'Arthur feeding a deep market for stories, which became more widely accessible with the cheap chap books of the 1600s. News was also popular. The broadsides that had emerged in the 1500s became the tabloids of the day, until eventually replaced by newspapers in the mid-1800s.

Our reading tastes today are more varied. When it comes to books, more women than men prefer fiction, with the reverse true for non-fiction. Crime/thrillers and fantasy dominate fiction lists, while biography/memoir and history lead in non-fiction. In all, the printed word still appeals most, with Britons having a 2:1 preference for traditional, printed books over ebooks, although in some genres the electronic versions dominate.

Britain's book-reading habits today may not be the most assiduous on the planet, but the country's long legacy of quality book production and instantly recognisable typography give it a unique history. As does furnishing the world with some of its best-loved texts, both before and after the broadly contemporaneous works of Shakespeare and the King James Bible.

Borges is by now aware whether or not Paradise is a library. And if it is, there will be plenty of Britons, past and present, up there with him.

Dominic Selwood is a historian and barrister. His latest book, Anatomy of a Nation: A History of British Identity in 50 Documents, is published by Constable (2021).