The disciplines Martin Granger learned as a documentary film maker are no less useful, he writes, in his second career in fiction 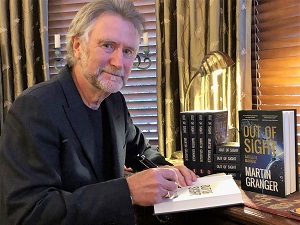 I have been a film-maker for more than 30 years and have acquired filing cabinets full of international research. In my second career as a thriller author, these gems have not been wasted. All my books are based upon my past investigative documentaries. The difference between my factual films and fictional novels, of course, is that in my thrillers I no longer have the duty to report the actualities. To some extent this is liberating.

No longer the chore of checking and rechecking the statements, or having two reliable sources for the claims made by the protagonists. The world is my oyster, I can write what I like. Or can I? Perhaps it's because of my background as a television journalist reporting the truths, I still have the conscience to write events that are both possible and believable. After all, I like the thrillers that I read to be that way. Also, after a lifetime of fact-checking, I can't help but do the same when writing my fiction. 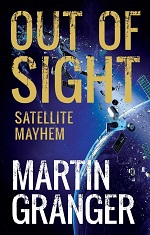 My novels are international thrillers, all set in locations that I've been to. What is difficult to remember is how long it took to get there. It may seem pernickety but when one of my characters is in Kuala Lumpur and the other is travelling to Chicago I spend ages looking up airline schedules, flight times and international clocks. It's no good one of your characters phoning the other for a breakfast meeting when it's 2 o'clock in the morning the other side of the world.

I've learned through bitter experience from television that audiences are particular about accuracy. A doctor ringing the BBC saying that my actor had his surgical mask on upside down, train enthusiasts telling me that the bogie wheels pictured in close-up came from a different train from the one in the wide shot. Readers are no different. So perhaps I have a duty of care to them for being as close to the facts as I can.

My latest thriller, Out of Sight, was inspired by my BBC2 Horizon programme on the Big Bang. The locations were stunning, vast telescopes on mountain tops and the eerie blackness of underground mines. The challenge I had was to turn a scientific documentary into a chilling thriller. The solution presented itself with two characters I met when doing some further background research. One, a senior member of the UK space agency, the other a well-known, blind broadcaster. The first introduced me to the bizarre concept of space junk, the other showed how to make a programme when you can't see. I had the way in to the novel. As you might guess, there was no difficulty in finding a title.

Harry Stones is a cosmologist. His objective is to solve the question of the fate of the universe. To do that, he has to find Cold Dark Matter: particles too cold to detect and too dark to see. The latter doesn't bother him - he is blind. Much of his work involves tracking a space telescope making sure that it doesn't collide with any of the half a million pieces of space junk circulating the planet.

He notices there's something strange going on up there. Satellites are moving where they shouldn't, some colliding, some ending as dust. His colleagues don't believe his conspiracy theories, so he takes his story to investigative documentary maker Nathalie Thompson. Their quest takes them from the peaks of Arizona to the deepest mine in Europe. What begins as mere curiosity turns to horror and alarm as the pair realise that the sabotaging of the satellites could lead to international war. Will Nathalie and Harry be able to prevent this disaster? It's going to be touch and go in a world where a blind man is realising what others cannot see.

"An up-to-the-minute, globe-spanning roller-coaster of a thriller" - Abir Mukherjee, author of Death in the East
"A terrific pitch-perfect thriller laden with contemporary insight" - Adam Brookes, author of
Spy Games