The Kindle - 10 years of teaching us time travel

On the 10th anniversary of the release of Amazon's Kindle, Jasmin Kirkbride reflects that the device has taught us not only how to read digitally, but also how to sell books by warping time 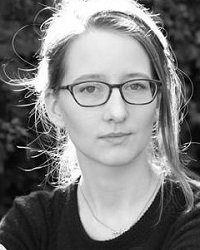 When the Kindle was released on 19 November 2007, it sold out in just 4.5 hours, and went on to disrupt the book market with a power often compared with that of the invention of the printing press. Amid the panic that naturally arises with such drastic change, there have been a few genuinely positive effects on the book market.

For the first time, Kindles provided a global, 24-hour bookstore with instant delivery. Low-cost self-publishing became viable, opening publication to a wider range of authors, from more diverse backgrounds, telling a greater breadth of stories. Smaller publishers were able to make higher profits with smaller overheads, and the lower price of digital books helped open reading to a wider audience.

Most importantly for backlist publishers like ourselves at Endeavour Press, the Kindle also reinvigorated the market for backlist books that had been dropped by more traditional publishers. This is in no small part because the Kindle store, and online retail more generally, has changed the way the consumer experiences time.

Discovering the 'digital now'
Time is a highly subjective experience, to the degree that we often exist in our own personal time zones, a phenomenon the rise of digital technology has exacerbated.[1] The flow of time is perceived only because of its physicality, but when you compress that flow into the digital space, past and future collide to create a perpetual, personal present - the "digital now".[2]

So far, this may sound esoteric, but with the release of the Kindle, the "digital now" was brought to publishing's doorstep, offering a tangible retail advantage. Because, by collapsing the telescope of time, the Kindle brought backlist books into direct competition with newly published ones.

Taking advantage of the new backlist
As a predominantly backlist publisher, Endeavour takes advantage of the fact that to online customers, anything is new if they have not seen it before - whether a book was published yesterday or 50 years ago. The internet does not discriminate when it comes to publication dates.

The trick is finding the people to whom these books are new - an ongoing and rewarding challenge. By selecting our metadata carefully, promoting on different sites, and publishing to a global audience, we can make backlist seem brand new every minute of every day to someone, somewhere in the world. 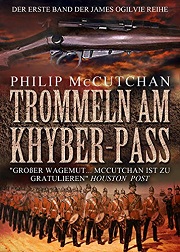 Kindle, and the ebook market it opened up, has allowed us to reach out to a previously overlooked Philip McCutchan fanbase in Germany, pivot our 4,000-title list to face the Australia ebook market - into which many promotion sites are expanding, and given classic authors such as Christine Marion Fraser and William J Coughlin new readerships in places they've never been published before.

Marketing has stopped being a short, sharp sprint and become an ongoing marathon. With this change, the faceless mass of readers is fading, and in its place millions of individual - and often surprising - readers are coming into focus. Such a shift would have been impossible without the metadata options and global market that the Kindle was the first to offer, and for that there is an awful lot to celebrate. Ten years ago, Kindle opened the archive of the past, and in it we found gold dust.

[1] The Time Paradox: The New Psychology of Time That Will Change Your Life by John Boyd and Philip Zimbardo (2008)