The new industrialists vs libraries

Now is not the time for publishers to be turning away readers, Peter Brantley argues. 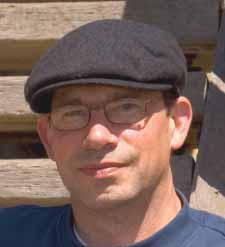 It's been a difficult period for libraries, as the world's major publishers continue to prevent them from licensing and lending frontlist, popular ebooks. After Penguin backed out of the library ebook market entirely in January, Random House now stands as the only "big six" publisher to allow US libraries to purchase access to its full catalogue in digital format - although last month they caused consternation by tripling their prices. The widely reported motivation for this state of affairs: fear that ebook lending cuts into ebook sales.

But in a world where e-readers and tablets are falling in price and surging in popularity, the removal of ebooks from libraries creates an unfortunate outcome: the poor must trek to their local library branch - if they have one - while the rest of us can read on our devices. This "let them eat print" philosophy not only betrays the advantages digital has to offer, it needlessly carries forward barriers to knowledge and advancement that an entire class of individuals has historically struggled with.

It is also bad business, because, in their fixation on preserving traditional book income, publishers stand to lose something more important: readers.

Borrow and buy
In the digital age, turning potential readers away from libraries serves only to turn them away from books. Those who lack the opportunity to read the books they are interested in, in the manner they wish, will instead turn on the television, watch a movie or play a game, all of which can be done cheaply (often for free), and increasingly using the very same tablet devices on which one could also choose to read a book. In the economy of attention, the major front in culture wars is not "free" books vs purchased ones, but reading vs not reading.

Meanwhile, despite the fears of publishers that library ebook lending may hurt sales, we know that libraries create readers. More and more evidence suggests that people who borrow books from libraries are actually the greatest purchasers of books. Data collected by the Library Journal in its recent "Patron Profiles" series suggests that the biggest book borrowers are also publishers' best customers.

Amazon also clearly understands this; in February, at the 2012 Digital Book World Conference, Amazon officials said its Prime ebook lending library correlated with an increase in book purchasing. And the largest vendor of library ebooks, Overdrive, reports that its "Buy it Now" option, crafted to relieve the tension of patrons frustrated by long queues for the scarce numbers of books, has driven significant sales, a point to which the publishers that work with libraries can attest.

This represents perhaps the most shortsighted aspect of publishers' wariness - rather than library borrowing replacing purchasing, it is increasingly clear that a love of reading incites the wallet as well as the imagination. Still, the major publishers resist, with many now expressing a desire to insert artificial "friction" into library ebook lending - friction that would mimic the print world, where a patron has to go to a library location to check out a title.

Unfortunately, most imposed friction, such as DRM, serves only to frustrate readers, and ultimately drives them to explore other options. And in an age where everything, from the latest community jobs roster to the most talked about romance bestseller, is increasingly likely to be available in digital format only, the potential disenfranchisement from such friction threatens to be not merely inconvenient, but divisive. Less than a year from the London riots, you would think there might be some willingness to explore ways digital access might help to level cultural differences, rather than exacerbate them.

Free to all
When our public library systems were first established, Western democracies were just emerging from the worst excesses of the industrial revolution. Libraries then were seen as a stabilising force - the words “Free to all” stand over the Boston Public Library, because philanthropists recognised that a literate working class becomes invested in social order.

How ironic that in the digital age, for all its promise, we are poised to throw aside this
commitment to our collective prosperity, as the world's largest publishers don the cloaks of New Industrialists. Placing commerce before commonweal, Adam Smith's "Invisible Hand" would rest on the tiller of a ship crewed only by those who can afford Amazon Prime.

It doesn't have to be this way. The digital transition brings unparalleled opportunities for libraries and publishers, authors and readers. This is no time to stand apart, but a time to come together, to provide a bulwark of access and to create a new generation of readers.