The past is prologue; tomorrow is online 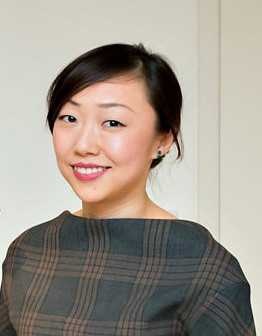 When Shakespeare wrote, "What's past is prologue" in The Tempest, he could never have imagined that the phrase would be used for a consumer promotion in China. But millions of Chinese understand perfectly why e-commerce giant Alibaba adopted it as a marketing slogan for its hugely successful Singles' Day. They are optimistic about their future, despite the unprecedented global pandemic, and have retained an undiminished enthusiasm for shopping.

Singles' Day - held annually on 11/11- was created by Alibaba in 2009, to celebrate "being single" by shopping to treat yourself. It has since been rebranded as "Double 11", and has grown to be the world's biggest online shopping festival.

This year it has achieved another sales record of £56bn (RMB 372.3bn), 20 times bigger than sales on Amazon's Prime Day last month. Chinese publishers, who had already benefited from strong online sales in the summer, put their faith in Singles' Day to maximise their post-Covid recovery.

Phoenix Xinhua, one of the largest publishing distribution groups in China, has just achieved record sales for one day of £13.6 million (119 million RMB) on Singles' Day. 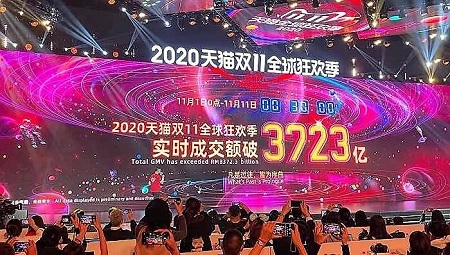 She Jiangtao, president of Phoenix Publishing and Media Inc, which was ranked top in China's mid-year publishing revenue report 2020, wrote on his personal WeChat blog that Singles' Day had completely changed the bookselling ecosystem in China. "Online sales that would take three days three years ago can now be achieved in just three minutes. In China's retail book market, where total sales have not grown in scale, this is undoubtedly the fundamental structural shift from physical stores to online."

How does Singles' Day work differently from standard online bookselling?

Imagine Amazon Prime Day, Black Friday, Cyber Monday and a busy Christmas campaign combined into one big shoppertainment extravaganza. For Singles' Day, a simple discounted sales event has evolved into a live-streaming variety show. This year, in addition to the 24-hour flash sale countdown on 11 November, Alibaba added a pre-sale date on 21 October and a first discount date on 1 November.

Logistical feat
An army of three million warehouse operatives, logistics contractors and delivery drivers, plus 4,000 planes and ships, were behind the world's biggest online sale. Children's publisher Dolphin Media said that it had started planning the logistics for 11/11 as early as July.

Leading up to the Singles' Day season, Bear Grylls took part in a live-streaming event in October with several Chinese authors from his publisher Jieli press. The event was hosted by Fan Deng book club, with over 400 million followers on short video app Kuaishou. Within one hour the event sold books by all the participating authors worth £114,000 (RMB 1million).

Chinese consumers may have recovered from Covid-19 with a strong desire to shop, but they are still extremely price sensitive. They want deals and discounts. In the final hours leading to midnight on 11 November, posts on Chinese social media were asking, "Have you shopped 'til you drop?". Online shopping has become a new form of entertainment, and in this digital age in China, waiting for the best deal is the new party.

Children's books: shift from B2B to B2C
With children's book sales in China enjoying a 13% year on year growth (OpenBook), the UK has become the top exporter of titles to China. Singles' Day has now become a gift giving occasion for the new generation of Chinese parents. With picture books and popular science emerging as the two biggest growth sectors, The Natural History Book from DK topped bestseller lists in JD.com's Singles' Day bestseller chart, followed by the Mr Men box set (90 books). UK writer and illustrator Steve Antony's Mr Panda series has been reprinted for the third time since its new titles launched in China in June.

Bai Bing, president of Jieli Press, said 70% of the press' sales were now online. "For us, shifting marketing and sales online, as shown on Singles' Day, is the future trend for publishing in China, in particular for children's books. Our direct-to-consumer sales have jumped from 8% in 2019 to 17% in 2020."

Publishers in China are shifting from B2B-focused sales efforts to a direct-to-consumer approach through their own stores on e-commerce and social media platforms, part of a rapid shift to marketing and sales online.

This is most evident in the ever-present social e-commerce platforms in China, where you can purchase directly via live-streaming and WeChat groups. It creates an entertaining shopping experience that is viral, interactive and sociable.

Imagine seeing a fun video mentioning children's books on Facebook or TikTok. In China the live-streaming video will lead you directly to join a WeChat mum's group, the equivalent of a WhatsApp group. You'll be given a special discount voucher on Singles' Day if you buy up to £100 worth of goods. In order to make up the total amount of the voucher required, consumers often end up buying a large number of children's books, parenting books, audio subscriptions as well as toy sets in one purchase.

What's the future for bookselling in China?
The outbreak of the Covid-19 pandemic changed life literally overnight. China started the year as the first country to enter a lockdown, which lasted for over two months. The country's recovery is now gaining momentum, and record sales on Singles' Day clearly show that it is digitally driven.

She Jiangtao from Phoenix has commented that this year's record-breaking Singles' Day sales are pushing Chinese publishers hard to balance the pricing strategy for market share acquisition while maintaining their profit margins. Success, he says, is built on "sweat and tears... for Chinese publishers, it is survival of the fittest". Some publishers, such as 21st Century Publishing House, are overcoming the challenges through creative and innovative marketing to make their titles stand out from the crowd. UK titles such as Nosy Crow's bilingual Bizzy Bear series and DK's Natural History gift set have become buzzwords on Chinese social media and won the battle for top slot in online sales.

Physical bookstores will continue to be an important cultural space for the city and a literary home for the community, and most importantly, as a provider for lifelong learning; but Singles' Day has showed us that online is where the post-Covid adventure begins in China.

Alicia Liu is the founder and managing director of Singing Grass, a business consultancy advising on access and development strategies for the Chinese market.
www.Singinggrass.com/insights