The science behind the Green Eyes 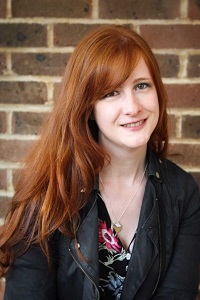 I wrote The Girl with the Green Eyes in its current form when I was pregnant with my third child three years ago. Most of the characters had been burning away inside my head for over a decade (the novel's earliest version was my final coursework submission for my creative writing BA back in 2008), but the genetic experimentation aspect of the plot was at least partially inspired by my pregnancy.

People are quite obsessed with unborn children - with the almost endless possibilities that they represent: how they will look, whom they will take after, what sort of nature they will have. Pregnant women are given endless advice and instruction about how they can influence certain things - eat plenty of vegetables and the child will grow up choosing carrots over crisps, read to your bump and the baby will possess a calm, gentle disposition. By my third pregnancy, after having had two girls, I grew quite used to being told how I should feel about my baby's possible sex and quite bemused by just how much people seemed to think my husband and I should have a preference, particularly about something over which we had absolutely no control. And that got me thinking: what about the babies whose parents do have an aspect of control? What if that control were unrestricted?

Genetic scrutiny and selection are not new concepts. It's routine for pregnant women to have their blood tested to highlight the possibility of genetic conditions in the foetus. Human embryos are screened for markers of disease as part of the IVF process. In these cases, it's all part of ensuring the best chances of viability. But there are other possibilities, too, that go further than observing and weeding out, from selection to modification.

Livestock are being bred in parts of the world to "double-muscle" and therefore produce more meat per animal. Genetically modified crops with properties that resist disease and maintain a longer shelf-life have been transforming certain countries' agriculture industries for decades. And there are human applications as well - a gene-editing tool called CRISPR-Cas9 has made it possible for scientists to target DNA cells and make changes in order to correct mutations caused by diseases such as sickle cell, thalassemia, even cancer.

The technology is being used in thousands of clinical trials all over the world in order to eradicate problems and, as with the screening of embryos, increase chances of healthier outcomes. What it isn't being used for is the creation of superhumans - though there are hints of a darker side to the technology. Back in 2018, the year I wrote The Girl with the Green Eyes, a Chinese scientist announced that he had made the first gene-edited babies using the CRISPR technology (he was allegedly aiming to create humans less susceptible to HIV) and was sent to prison as a result.

Genetic modification or "human germline genome editing" is an extremely regulated and contentious field, for obvious reasons, which makes it hard to know the parameters of possibility; a lot of things could be possible but would never acquire the permissions to be tested. That is where we stray into fictional territory. 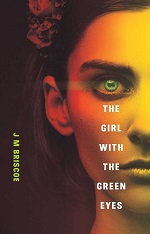 When I first thought up the bare bones of Green Eyes, back in 2008, I thought it was a fantasy novel (I also thought it was a children's story, which gives you an idea of how far the plot, and my judgement, have come!) Even when I revisited and redrafted a decade or so later and brought the genetic modification element to the foreground of the story, it didn't immediately occur to me that I'd written a science fiction novel. Naively, I'd not really considered sci-fi in a current-day, real-world setting, having boxed it off with space-themes, futuristic technology, robots, etc. It was only when I thought about other books that dealt with speculative scientific concepts - The Time Traveler's Wife, Never Let Me Go, for example - and placed them within a 21st-century, real world setting that I realised this was where Green Eyes lived.

Since then, I've made efforts to expand my consumer habits and encourage others to do the same - genre discrimination is, I've learned, all too prevalent among readers. For what it's worth, I think that a book where a reader might have cause to think to themselves: Could this actually happen/be happening? Should it? can pack a greater punch than one where the world is pure imagination. The science in The Girl with the Green Eyes may be speculative, driven by a series of "what if" imaginings, but the stem of those ideas exists quite firmly in the real world.

After all, who is to say that it really is impossible to create a child with a genetic predisposition to enhanced beauty and grace? Or one with heightened athletic ability? Who is to say that genetic editing technology couldn't result in children who can read minds, turn invisible, fly? How do we know it isn't being done already, in an unmonitored, privately-funded, top-secret institution tucked away in a remote corner of the world?

The Girl with the Green Eyes, part one JM Briscoe's Take Her Back trilogy, is published by Bad Press Ink on 5 November.