The sea in my bones

Emma Stonex wrote nine novels under pseudonyms, while the beams of a lighthouse were ever more insistent 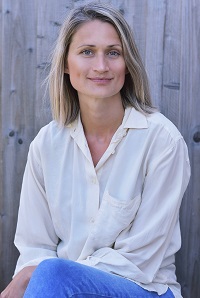 When I first met my agent 10 years ago, I told her about a book I wanted to write about a lighthouse. I had the set-up in mind - a mystery based on the real-life vanishing of three keepers from the Flannan Isles in 1900 - but hadn't worked out yet how to tell it, if I even had it in me to write a novel, or if what I wrote would be any good. Nine books and three pseudonyms later, I finally had the confidence to commit to the story: confidence in myself, in my research, and that I could do justice to a fascinating, now extinct, way of life.

Lighthouse keeping has always intrigued me. Not the romantic notions it brings to mind of bearded sea dogs and coastal picnics, but how it might really have felt to work on one, to be in a tower, miles from land, for eight weeks at a stretch; to be far from home; to be lonely; and what mindset a man needed to survive extreme isolation and cabin fever. In 2021, these ideas feel more pertinent than ever.

My ambition was always to become an author. It sounds clichéd to say, "I've always wanted to write books" - all authors seem to say it, but that's because it's true, and there really isn't a better way of putting it. As a child, I remember being enraptured by the 1960s ghost story anthologies at my grandma's house, on a dusty set of shelves in the room that used to be my aunt's: their phantasmagorical covers and tea-brown pages; how they smelled, of age and cinnamon; the depths of horror that could be reached in a slender volume. Aged seven or eight, I sought to imitate these with efforts like The Nightmare House and Under the Bed, which were about as subtle as the titles suggest. I stapled the pages together and drew barcodes on the back, alongside an admittedly ambitious RRP. From a young age, I realised there was a commercial aspect to it.

Proper job
I didn't expect to try writing until later. I don't know when "later" was, some vague future point by which I'd have acquired the necessary skill and wisdom: maybe 60-plus and retired from a "proper" job. I saw myself as grey-haired, anyway (cue hollow laughter from the grey-haired 37-year-old).

After university, I applied to every publisher in London for an internship, and was lucky enough to secure one at Virago, an imprint of Little, Brown Book Group (then Time Warner Book Group). While there, a vacancy opened up on the commercial side, as editorial assistant. I enjoyed marking up reprints and answering the lovely old beige plastic landline with a chirpy, "Hello, Editorial?"; then later, as desk editor, checking and polishing authors' manuscripts. I'm grateful to have been on the other side of the industry. It's made sense of the process. Books succeed or don't succeed on a vast array of factors and variables, most beyond the author's reach. If yours doesn't attain  bestseller-dom, it doesn't mean it's bad.

In 2009, I had an idea for a novel set at the 2012 London Olympics. Bonkbusters - those doorstop-sized, glitz-fuelled beach reads you find in hotel lobbies, their pages wrinkled with pool water and factor 15 - were having a comeback. I'd been a huge fan of Jackie Collins and Jilly Cooper in my teens, and the voice came naturally. I worked up a partial in my evenings and weekends, showed it to my fantastic agent, Madeleine Milburn, and she agreed to represent me. Shortly after, despite loving my job in publishing, I decided to quit. It was a major decision, but one my gut told me to take. The itch to write had caught up with me quicker than I thought.

The world of the bonkbuster couldn't be more different from the world of three men chain-smoking on a lighthouse in the 1970s. But the lighthouse hadn't gone anywhere; it was just beneath the surface, waiting to take air. I decided to use a pseudonym for the beach reads, not only to preserve my real name for the project that had long filled my heart - the book that was really me - but also because it was fun to be someone else, especially in writing racy fiction. It was a character I could step into, somebody fearless and glamorous. Now I'm publishing under my real name, it's definitely a more vulnerable feeling. There was always some distance before, a sense that I was writing savvy over soul, and the negative reviews could only cut so deep.

Time went on and I tried another pen name for different commercial fiction, then a third for historical romance. I'm proud of all those books, not least because of the huge amount they taught me. I could never have written The Lamplighters a decade ago. I needed to exercise my muscle, gain stamina and buoyancy; I needed to know it's OK to draft a book eight, nine, 10 times, and no matter how impossible and pointless it might seem on those dark writing days, you will get there. 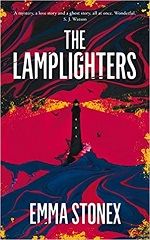 I'd heard other authors talk about the "muse", and wondered if such a thing would ever visit me. I despaired, at times, over The Lamplighters; I wept over it, was consumed by it; it nearly drove me mad. At thorny stages, I resolved to put the manuscript in a drawer - but it refused to be set aside. It just wasn't having it. It would have me sneaking downstairs at two in the morning to wrestle with it some more, like visiting an awful secret in the cellar that you trust one day might turn into something beautiful. After glimmering at the edges of my mind for so long, while I was engaged with other books, the lighthouse was having its moment, and refused to be dimmed.

I've learned that a muse is a two-fold thing. First, it never goes away until it's dealt with. Many ideas for novels have come and gone, but this one never shook. Second, it's obsession. As soon as I read about the Flannan Isles vanishing, that was it. The sea slipped into my bones. The majesty and melancholy of lighthouses spoke to me in a way that nothing else did - especially the great tower lights, those grey, salt-slapped monuments rising audaciously up out of the water.I was captivated by the strange seams of human psychology that drew a man away from his home, his family, the land beneath his feet, for a sanctuary in the middle of the sea.

I'm so glad I kept my name for this book, which in many ways I consider to be my first. My previous novels dug the reef and anchored the masonry; the granite climbed, the lantern was built; the wick, at last, lit.

The Lamplighters by Emma Stonex is out from Picador on Thursday, 4 March.