'For those starting out I would say be patient, learn as much as you can and focus on just one or two things and do them well' 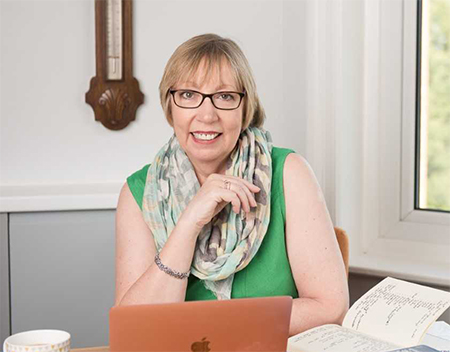 Last week Clare Flynn was announced as this year's winner of the Selfies Awards for adult fiction, for her novel The Pearl of Penang. We asked her about her research, her travels, and why she chose to self-publish...

Are there any writers who have particularly inspired you?
Far too many to name them all. I've always loved the classics - particularly George Eliot, Thomas Hardy, the Brontes. I studied English at university - the course made a great effort to put me off them, but I eventually returned! As a teenager, I got heavily into American and European literature and just soaked it all up. These days I am an incredibly slow reader and can't imagine how I managed to get through so many books while still managing to do school work and go out so much. Back then I would jump from War & Peace to The Valley of the Dolls - my parents complained that over breakfast I'd read the cereal packets and always had my nose in a book. Among contemporary writers I love Kate Atkinson, Anne Tyler, Sebastian Barry, so many more. The list is too long. There are some incredibly talented indie authors too – to name but a few, last year's winner Jane Davis, crime writer JJ Marsh and Linda Gillard. All this literary ballast from so many different sources must have been assimilated over the years and inevitably informs my writing. Most of all though I admire writers with the ability to write compelling stories with interesting characters. I like to be transported!

As a historical fiction writer, how much research goes into your work?
A lot. I read extensively around the subject, do online research, contemporary accounts and diaries, location visits, museums, documentaries, old maps, old movies. Every time I'm writing a book I amass a pile of non-fiction related to the subject. I enjoy the research and it makes a change from writing. I do the research deeply but try to wear it lightly - I hate writers showing off how much they know. It must always serve the story. I'm also meticulous in rooting out anachronisms - particularly in speech. It's surprising how many would slip through otherwise.

Can you tell us about your writing process?
I try to write most days - about 1000 words - but since lockdown I am finding it harder to concentrate. I have long since stopped beating myself up when the writing doesn't happen. I'm not a machine and I know that if I'm doing other things - like sewing or painting - my book is marinating in my subconscious. I always get there in the end and usually manage two books a year. I write in Scrivener as I can move things about and see the book in overview which I can't do in Word. Occasionally I write short sections in longhand and transcribe it later. I'm not a planner - at least not someone who maps it all out in advance - but I do have a general idea of the direction of travel. I'm prepared to go off in a different direction if the characters take me there or a new idea emerges on the way. 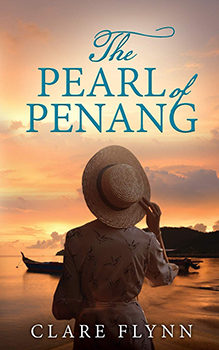 Place and atmosphere are hugely important in The Pearl of Penang. How have your travels influenced your novels?
Enormously. I love travelling, and location always plays a central role in my books. My first novel, A Greater World, (since republished by Canelo) is set in Australia where I lived for six months and have often visited. Having lived in Paris, Brussels and Milan I have a European outlook - although so far none of those cities has featured in my novels. I wrote my second book, Kurinji Flowers, after a holiday in India. I returned and stayed in the middle of nowhere in a former tea planter's bungalow as the only guest in order to polish the book and soak up the atmosphere. One thing my readers always comment on is that I'm able to create a vivid sense of place. A woman living in the mid-west USA recently wrote to tell me she had never left the state but reading my novels allows her to travel vicariously.

What drew you towards self-publishing?
My then agent didn't manage to place my first book so I decided to have a go. Luckily I stumbled onto ALLi (the Alliance of Independent Authors) and there found huge amounts of advice, support and resources. I dedicated a lot of effort to learning as much as I could as fast as possible. It was hard in the beginning but with developments such as Vellum software the publishing process has become much easier. I cannot emphasise enough, though, the helpfulness of other indie authors. I also view self-publishing as a complete misnomer as I use a team including a professional editor and cover designer. I prefer to describe myself as an indie.

What have you found to be the most effective publicity and marketing tools for self-published authors?
There’s no magic bullet nor - to use another cliché - is there a one-size-fits-all solution for every independent author. I have come to the conclusion that I'm best served by doing the things I enjoy rather than those that are a chore. Some of the chores can’t be avoided - although most can be outsourced. For those starting out I would say be patient, learn as much as you can and focus on just one or two things and do them well before experimenting with something else. The big mistake is to spread yourself too thin. I've also spent time and money educating myself in using tools including the various advertising platforms, newsletter management, etc. The critical thing is to find what works best for you as an individual to reach your readers.

You have written a number of successful novels. How have you developed your writing and publishing processes over time?
I have a small critique group here in Eastbourne where I live. There are five of us, a mix of indie, traditionally published and two of us are hybrid. Each week we share a chapter each a few days ahead and then meet to offer feedback. We're now doing this on Zoom. I'm a relentless self-editor anyway and then the book goes to my editor, Debi Alper, a proof-reader and a panel of eagle-eyed readers to hunt out any remaining typos. I am not exclusive on Amazon, having weaned myself off the drug that is Kindle Unlimited. I want my books to be accessible to readers no matter where they buy their books, so I publish to all the e-book retailers, going direct to Amazon and Kobo, and using a distributor to access the others. For print on demand I use a combination of Ingram Spark and KDPPrint. I format my books for both print and e-books using Vellum.

How did you find the digital awards ceremony?
I think BookBrunch did a great job under the circumstances. It was so nice that so many people who wouldn't have made it to LBF were able to be there. I was sad not to have a chance to meet the other authors, the judges and to be able to head off afterwards to the ALLi party to have a few drinks with everyone there. Nine of my author friends - including last year's winner, Jane Davis, organised a Zoom celebration in my honour which was fabulous. It included three based in France and one in Switzerland, as well as the UK. We are a small group who all look out for each other so it was great to be able to celebrate with them!