'What a privilege it is to be able to influence, empower and inspire young minds' 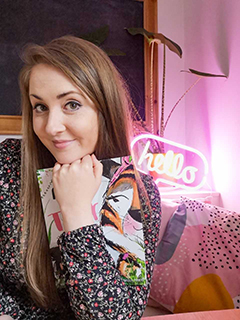 In April, Kate Claxton was revealed as the winner of the children's category of the 2021 Selfies Awards. Her picture book, the joyous My Mum's a Tiger, is illustrated by Angela Mayers. We asked her about her inspiration, her writing process and why she decided to self-publish.

How did you find inspiration for My Mum's a Tiger?
My Mum's a Tiger is very much based on my own family and my experience with the changes my body went through during pregnancy. I started writing when my daughter was around four months old and sleep deprivation was in full effect! I used to make up little rhymes to soothe her, and when a story started to form around the rhythm, I decided to make a go of my first publishing venture as a gift for my little sleep thief. I'm really passionate about supporting and empowering women, and had an inkling that this body positive approach to storytelling might resonate with the other new mums around me.

Tell us about your writing process
Secretive! I'm an overthinker and a perfectionist and in turn, not very good at putting my ideas out there until I have considered every which way they could be received... it's exhausting! With Tiger, I'd written the whole story before I even mentioned the project to anyone. I sent my husband an email at work one afternoon, essentially saying, "Hey, I've written a book... what do you think?" He was pretty taken aback and I was surprised at how impressed he was, which gave me the confidence to take the idea of a published book seriously. 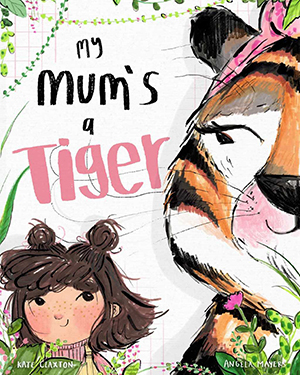 I did a lot of research and used the Reedsy platform to put together a brief for a freelance editor. We worked together on tightening up my rhythm and adding a slightly different ending to my first draft. The whole process was a bit of a whirlwind: I started writing at the beginning of January 2020 and had my finished, edited copy by the end of the month.

I think I was a lot breezier with the process the first time round as I had no expectations for the book. Books two, three and four are a different story though: I definitely feel a pressure to match the accidental success of my debut and have been a lot slower getting off the starting blocks with my writing.

I used to wear my daughter in a baby carrier and bob around the house writing on my phone. She's a highly energetic walking, talking toddler now though, so peaceful opportunities to sit and write are fleeting! When I do get the chance, I tend to build a basic story in my head before making notes on the characters I've envisioned and then start to write the story around them, in any order that excites me at that moment. I tend to dive in at the middle of the story, then perfect my ending. I always get to the beginning at the end!

What do you enjoy about writing for children?
I love that there's no limit to the imagination, but also what a privilege it is to be able to influence, empower and inspire young minds. I've just had the pleasure of completing Beth Cox's Foundations for Inclusion course and now feel, even more, the duty of care to my future readers and the importance of creating genuinely inclusive books for them. How exciting it is to be able to create something that could stay with a child for life, something that could make them feel seen for the first time, or teach them something that could inspire a new hobby or passion of their own.

Are there any children's authors who have particularly inspired you?
I'm actually more drawn to the design and illustration of children's books and take a lot of inspiration from the visuals. When I pick up a picture book, I look at every little detail and imagine how my stories could be interpreted in that style. Considering how elements of my stories will look has often influenced how I write them. I do love Jon Klassen's deadpan humour - I'd love to be able to pull off that level of effective simplicity. I also really like Alex T Smith's books, again for their humour. I appreciate a book that is as enjoyable for the adult reading it aloud as it is for the child listening.

How did you collaborate with the illustrator?
Angela is a mutual friend and I'd seen her work on Instagram. I loved her style and hadn't seen anything similar in the books we already owned. I was nervous to hand my book baby over at first but the more we spoke about the project, the more I could tell how similarly we envisioned the end product, and I had full trust.

I met with Angela in early February 2020, and we planned to meet a few times over the process to have a real hands-on, collaborative approach. A certain global pandemic had other ideas and we weren't able to meet in person again, but were in touch throughout the six-month illustration process. My Mum's a Tiger was Angela's first book too, so I think we've shared lots of learning curves as well as lots of excitement at all of the book's first milestones. We hope to meet in person to raise a glass for the book's birthday and definitely want to work together again! 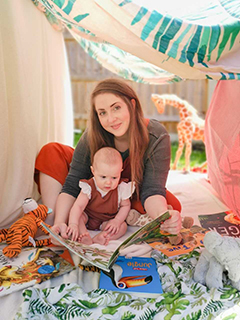 What drew you towards self-publishing?
I did a lot of research before deciding which avenue to take, but my reasons for being excited about the book were that I wanted it ready and printed for my daughter's first birthday, I knew who I wanted to illustrate it, and it was in rhyme. All things that I probably would have lost control of if I had opted for a traditional publishing route. I think I was also a little scared of rejection. I was in quite a vulnerable state of mind as a new, first-time mum, and was finding writing to be a great creative outlet for my mind. I think if I'd approached a publisher and been rejected or ignored then I probably would have given up quite early on, so I didn't actually send it to anyone.

Now that the book is selling worldwide and has been so well received, I am curious about whether it might have been picked up by a publisher, but I've enjoyed the process too much to wish I'd tried. Perhaps with a future book I will put the feelers out to established publishers. There are obviously huge advantages to working with the big dogs and I do think "self-published" is still often seen as a dirty word. I waver between wanting to help change that, and wanting to pursue the quickest path to global success!

As a self-published author, how do you find balancing marketing and publicity with writing?
I don't! My background is in marketing and photography, and I have absolutely loved being able to finally market a product and business that is all my own. I do need to learn when to close Instagram and pick up my notebook instead, but my brain defaults to marketing and publicity ideas for the book I already have in my hand. I'm a glutton for a fast reward, and when I can write a post and see sales come in minutes later, it can be hard to switch that off and make time for writing that won't be seen by anyone else for months and months. It's not a sustainable approach though, and I'm so excited to materialise the ideas in my head, so I'm definitely working on that balance.

What have you found to be the most effective publicity and marketing tools for self-published authors?
Absolutely social media, particularly Instagram in my case. The silver lining to the pandemic hitting just as I signed with Angela, and the six months I knew I had to sit and wait patiently for my finished artwork, was that I was able to start building a following on Instagram. I shared my self-publishing journey from (almost) start to finish. Obviously as I waited for artwork I didn't have a lot of visuals to share, so I started reviewing other picture books too. This gave me a real insight into the "Bookstagram" community, and I was able to build genuine connections with the exact people I wanted to buy and review my book.

Social media gets a bad rap, but there is nowhere better to seek out the people you want to engage with. I write for children, but there's no escaping that it's the parents who pay for, review and recommend the books. Word-of-mouth recommendations are the most effective and trusted opinions and during a year where we were kept indoors and away from other people, social media was the only place many of my readers were communicating. Instagram is also fast becoming a place to represent body positivity and inclusivity too, a major theme of My Mum's a Tiger. The use of relevant hashtags and sending gifted copies to influential bloggers has seen the book reach people all around the world, something I never expected when writing rhymes on my phone while rocking a newborn baby to sleep!

I hope that by the time I'm ready to publicise my next book, the world will be a little more "normal" and I can utilise a more traditional book launch. I've held virtual visits with lots of schools during the lockdowns but it would be great to be able to get into schools in person, so I look forward to that too. Social media will always be the quickest and often cheapest way to get the word out, though. I would recommend building a social media community, and engaging with them frequently and personally, to anyone wanting to sell books.

Can you tell us about any projects you're working on at the moment?
There are a few ongoing projects surrounding My Mum's a Tiger that I'm not allowed to talk about right now, but that I'm really excited to see through. In terms of new material, I'm working on another body positive story that pushes back against the idea of a "beach body". I also have another book in its very early stages, set under the Northern Lights and another that celebrates intergenerational friendships. Now, if I could just get five minutes peace to write them...