The two worlds within trade publishing

It's not just trade and academic now, writes Michael Bhaskar: its upmarket trade and commercial trade 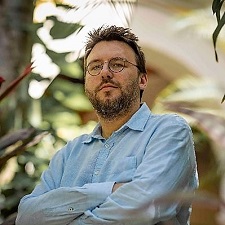 In 1959, the British scientist and novelist CP Snow suggested that "the intellectual life of the whole of western society" was divided into two distinct cultures: those of science, and those of the humanities. These two cultures neither understood nor spoke to one another - both, in Snow's view, a source of mental impoverishment and a hindrance to solving the world's greatest challenges.

On a somewhat smaller scale, publishing has long had its two cultures, separate and often mutually unintelligible worlds: on one side trade publishing, the consumer mainstay that remains the popular perception of what publishing is, and, on the other, the great mix of educational, academic and STEM publishing, financially much bigger than the trade and arguably more fundamental.

Within each there has always been a huge degree of variation, and this crude summary is undoubtedly a simplification; nonetheless, most people in the business would be able to identify either culture. And it's still the case that these cultures don't really communicate. Physically isolated in different halls at the Frankfurt Book Fair, for example, they operate under different norms and business models, with different webs of contacts and knowledge governing each. A legend in one field is just another publisher to those in the other.

Trade split
There is, however, a newly emerging version of the two worlds of publishing within trade. While it's always trade publishing has always been diverse and multi-faceted, over the past decade it has seen a clear divide open up as new patterns of retail, technology and consumption reshape the sector. Trade is fracturing, and this fundamental split, along old fault lines yes, but driven by recent pressures, is foundational to publishing strategy today.

So what is it? In the UK at least we are seeing one market that is driven by hardbacks, big name authors, premium products, high prices and a very "readerly" or up-market sensibility: in design, production values, retail environments and subject matter. On the other hand, there is a genre-driven move towards low price, so-called "commercial" books sold in large numbers from non-traditional outlets. What is new is the sharpness of the distinction and how total it can be. Sure, there are still books that cross over and work in both areas of the market. But these are rare and getting rarer.

A typical book in the former market might be a £30 ultradesigned hardback from a niche but fashionable chef, or a heavyweight hardback from an eminent historian. This would be bought at a premium bookshop, a high-end chain or an independent. It would be published by a major conglomerate imprint, part of Penguin Random House or maybe a sizeable indie such as Faber, Profile or Canongate. In the commercial market a typical title would be a 99p ebook, perhaps a crime thriller in a series, read on the Kindle or Kobo. It would be published by Amazon Publishing, Bookouture or my own publisher, Canelo. It may also be a paperback - but this edition might be focused on firm sale, "special sales" outside what are, with a degree of snobbery, regarded as the principal trade channels. The digital chart and the hardback non-fiction chart are completely distinct.

To some extent this is about fiction versus non-fiction; books as vessels of ideas or lifestyles, or books as pure storytelling, fleeting escapism where the story not the words, unlike in literary fiction, takes primacy. It is about disposability against display, raw and accessible experiences as opposed to premium, even in some cases luxury goods. It is very much about price, the simple fact of how much it costs to read - a huge and perhaps underdiscussed factor at a time when average wage levels and disposable income have been flat-lining to an extent not seen since the 19th century. Inevitably this is, then, also a matter of divides in class, geography and wealth.

In retail it has long been known that the middle is falling out of the market. At the upper ends, conspicuously luxury brands and ultra-curated spaces thrive. At the other end, discounters flourish, hoovering up market share with quality products sold at extraordinarily low prices. In the middle there is an existential crisis that translates into deserted high streets and ghostly out-of-town shopping centres. The point is, retailers increasingly have to choose; they have to know who they are and what game they are playing.

I believe these forces are operational in publishing. Even if trade has never been fully two cultures (and this is admittedly a British-centric picture), this scenario of "two trades" has never been truer than today. It means that strategic clarity, an unambiguous focus on who the target readers are and how to get to them, and an overarching publishing and business approach defined by the facts on the ground of one or other world, are essential. CP Snow saw the two cultures as fundamentally negative, a problem to be solved, a divide to be bridged, a relic of a world to be discarded. For publishers the opposite is, for now, true.

Michael Bhaskar is co-founder of the digital publisher Canelo and author of The Content Machine and Curation. He can be found on Twitter @michaelbhaskar.