Trading through the pandemic: the experience of Arab publishers

In our latest article coinciding with the Sharjah International Book Fair, publishers in Egypt and Lebanon reflect on trading in 2020 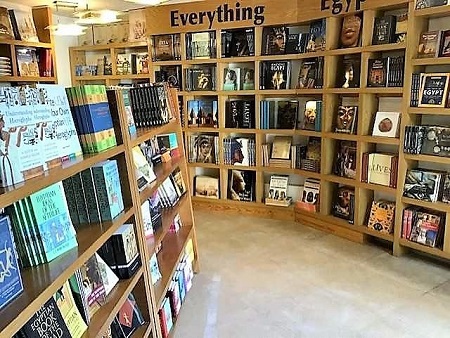 The Covid pandemic has had a significant impact on the economy of every country round the world, but, for many publishers, lockdown may not have been as problematic as first feared. Even with bookshops closed and supply chains disrupted, people confined to their homes often choose to read - and book sales in many markets have been relatively strong.

Speaking earlier this autumn, Sherif Bakr, general manager of Al Arabi Publishing and Distributing, Egypt and past general secretary of the Egyptian Publishing Association, said: "Although all book fairs in the Arab world have been cancelled since Casablanca in February, no one has actually stopped working." Although commuting has been a problem, Bakr has continued to go into the office - and now has 50 titles ready to print. He is concerned, however, about handling their release: "A few books are trickling out - but we now have to release the rest. The Sharjah International Book Fair is always very important for that. We were hoping things would be clear by October, but with Frankfurt Book Fair now digital only, Sharjah is unique in still having a physical presence."

Bakr feels that Middle Eastern publishers may not have seen the same benefits during lockdown as publishers in other countries have enjoyed. Many publishers had seen no sales spikes, while smaller houses have struggled. "Maybe people were reading books they already owned?" Bakr speculates. "We tried lots of online promotions but had delivery problems. Nothing is filling the gap of book fairs... and the in-store/book fair browsing experience is not replicated online." He continues: "This is one reason ebooks are not popular either. Audio, however, saw a huge increase in listeners [during lockdown]. It was partly women listening while cooking, and people listening in the gym. But audio needs better marketing - particularly as suitable for use while travelling. Audio is a relatively recent format for the Arab countries, though we have always had a strong tradition of oral storytelling."

Bakr points to various promotions devised during these tough times: "The Arab Voices project used the time of the pandemic to select 32 titles to launch during the Frankfurt Book Fair, to introduce suitable titles from Arabic publishers' backlists to the overseas market. Our dream is to have one of these titles on the New York Times bestseller list - this would really put Arab literature on the world stage!"

Market shift
Trevor Naylor, sales and marketing director at the American University in Cairo (AUC) Press and AUC Bookstores, agrees that the impact of Covid-19 has been tough on its market: "In Egypt both the country's airports and the university itself closed for around four months, bringing that income to an almost dead halt - both physical visitors to the stores and to Egypt's cultural sites." While reviews did continue to appear, and the press enjoyed good coverage for its recently published history and architectural guide Cairo Since 1900, business has not recovered to pre-pandemic levels.

"Business remains very quiet overall, though Egypt had its first book fair since the pandemic began [the Alexandria International Book Fair held in early October], our bookstores are open again and most of Egypt is operating normally now except for the lack of tourists. AUC itself is mostly teaching online this semester, and to help the students we launched free home delivery of set textbooks across Cairo. This has really worked, and we have seen a major shift to ebooks and access code texts due to the situation."

But the lack of tourists is having a major impact on AUC Bookstores' business: "We have a store in the Egyptian Museum, home of the mask of Tutankhamun. Usually hundreds, even thousands, of people pass through each day. We publish the illustrated guide to the museum as well as many books on ancient Egypt. The museum closed for a while, and we eventually opened again six weeks ago. Every person who visits the museum must pass by the store as they leave. We sold six books in the last two weeks, so it's pretty tough."

AUC is looking to the future, and investing in new projects, in order to overcome the current difficulties: "We have a wide programme of books, including scholarly works on Egypt and the Middle East and Arabic fiction in translation, for both a trade and academic audience. So we keep working on those outside Egypt, through our partners in the US and the UK, to market and sell our books worldwide. The eternal fascination with our region does ensure sales.

"We also publish books for those wishing to learn Arabic, and in lockdown many people did use that time to teach themselves. The variables related to travelling for pleasure affect us disproportionately, but Egypt has had worse ups and downs and we look forward to a fast recovery post pandemic, especially when the world's largest purpose built museum, the Grand Egyptian Museum, opens in 2021, followed by the 100-year celebration of the discovery of the tomb of Tutankhamun in 2022. In the meantime, we continue to invest in our future books and to spread the word about the Middle East through books for all levels of readership."

Disaster on top of pandemic
The Lebanese market has been affected not only by the current pandemic, but also by the devastating explosion in Beirut in August. Bassam Chebaro, president at Arab Scientific Publishers in Lebanon, confirms that its business has been significantly disrupted: "Covid-19 harmed our business by the absence of many employees, hindrances of our production, losing the book exhibitions cash sales business. Our sales were down." He points to economic uncertainly as one of the factors behind the difficulties: "It is very bad in Lebanon due to the Lebanese pound evaluation." He adds: "It is very difficult to run a business and honour your agreements and commitments while employees are not showing up - along with the closure of many bookstores."

But Chebaro, like Bakr and Naylor, ends on an optimistic note: "Work as if you are living for good. Publishing is the trade of confidence." Long may this confidence flourish, and better times return soon to the publishers and booksellers of the Middle East.

Photo: the American Bookshop in Cairo