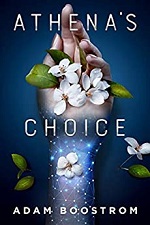 Following the second successful year of the Selfies book awards in the UK, BookBrunch has teamed up with Publishers Weekly in New York to run a similar awards scheme for self-published authors in the States, and are delighted to announce the shortlist.

The five finalists are: Adam Boostrom, of California, for Athena's Choice; Paty Jager, from Oregon, for Murder of Ravens; Perpetua Langley, of Pennsylvania, for The Lady’s Jewels; Susan E. Welch, from Washington, for A Thread So Fine; and Tim Westover, from Lawrenceville, author of The Winter Sisters.

The winner will be announced on 24 June at the American Library Association’s annual conference, to be held online this year. The U.S. Selfies are sponsored by IngramSpark® and Combined Book Exhibit.

Jo Henry, managing director of BookBrunch and a juror for the awards, said: "We’ve been thrilled to receive Selfies entries from authors all around the United States writing in such a wide variety of different genres. The professionalism and expertise our shortlisted authors have shown self-publishing their books is fantastic, and I’m delighted we’re able to showcase so much amazing talent with these Selfies awards."

Carl Pritzkat, president of BookLife, which administers the awards in the U.S. and is the self-publishing arm of Publishers Weekly, said: "The U.S. Selfies shortlist is an inspiring group of debut and seasoned self-published authors."

The shortlist spans genres and includes contemporary fiction (A Thread So Fine), science fiction (Athena's Choice), romance (The Lady’s Jewels), historical fiction (The Winter Sisters) and even contemporary western mystery (Murder of Ravens). All titles were published in calendar year 2019 by authors who live in the U.S., although American citizenship was not required of entrants. All were required to be predominantly or solely self-published, defined as authors who act as publishers and/or creative directors.

The five judges were looking for stories that entertain and delight readers; high production values in e-book or print format; enticing covers and blurbs that successfully nab the target audience’s attention; and effective and creative marketing and publicity strategies with the potential for significant sales.

"At IngramSpark, we strive to bring attention to the quality of content being created and published by the indie author community. The Selfies Awards in the U.S. and U.K. help us do that," said Robin Cutler, director of IngramSpark and also a judge for the awards.

"Self-publishing is one of the fastest growing segments in the book industry," said Cevin Bryerman, executive v-p and publisher of Publishers Weekly. "Being named to the shortlist for the inaugural U.S. Selfies awards will help librarians, booksellers and book buyers discover exciting new titles."

The U.S. awards are co-sponsored by IngramSpark, Ingram’s award-winning self-publishing platform, and Combined Book Exhibit, which showcases published works at trade shows and expos around the world. The winning author, in addition to receiving $1,000 cash from IngramSpark, also receives promotional book displays valued at over $2,500 from Combined Book Exhibit at major book fairs globally and a $5,000 package of advertising in Publishers Weekly’s print magazine and online.

The mission of the awards initiative, 'which was the creation of BookBrunch and introduced to great acclaim in the U.K. in 2018, is to discover new talent and reward the best self-published titles each year.' The awards’ first year focused on adult fiction published during 2019; future years are expected to also include non-fiction and children’s books.

Free registration to attend the U.S. Selfies awards on 24 June at:
https://us02web.zoom.us/meeting/register/tZItfuCtqz0pEtA5ujQLI07HA3aDPP_G36TP