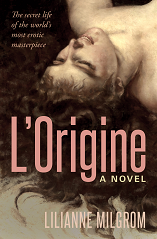 Yesterday evening, in a virtual ceremony that took place during the American Libraries Assocation (ALA) Conference in Chicago, BookBrunch and Publishers Weekly unveiled this year’s winners of the U.S. Selfies Book Awards.

How to Fold a Taco (Con Todo Press, ISBN 978-1-7337103-6-7), a dual language picture book, conjures up the many ways one can fold a taco by enlisting the help of wrestlers, dragons and even a Tyrannosaurus Rex. The illustrations show a diverse and happy group of children working their taco-folding magic, and the afterword includes a vintage photo of the author’s mother and her family recipe for Taco de Papa (potato tacos).

The U.S. Selfies children’s book judges were Joshua Carlson, children’s librarian at the White Plains Public Library; Matia Madrona Query, BookLife editor; and Paige Allen, director of IngramSpark, who said that, along with elements of science, language, culture, history and cuisine, the book ensures that readers "will head straight to kitchen or la cocina to indulge in a night of tacos and fun."

L’Origine (Little French Girl Press, ISBN 978-1-7348670-0-8) weaves a work of fiction through the provenance of one of the world’s most infamous and controversial works of art, L’Origine du monde (The Origin of the World) painted in 1866 by Gustave Courbet.

The U.S Selfies adult fiction judges were Emily Thomas Meehan, chief creative officer and publisher at Sterling Publishing, a wholly owned subsidiary of Barnes & Noble; Jo Henry, managing director of BookBrunch; and Robin Cutler, president of LMBPN Worldwide Publishing, ceo of HowToPublishBooks.com, who wrote: "Milgrom’s thorough research, knowledge and emotional attachment to the painting is enhanced by a sweeping fictional narrative that puts us in touch with major historical events and figures spanning 1866 to present day. On my next trip to Paris, I will be visiting the Musée d’Orsay to see the painting with newfound appreciation because of this book."

Runners-up were The Rumble Hunters by Courtney Dunlap in the children’s category, and, for the adult category, The Boy and the Lake by Adam Pelzman.

"Congratulations to the authors of these fine examples of self-published books," said Cevin Bryerman, ceo and publisher of Publishers Weekly. "How to Fold a Taco and L’Origine are testaments to the wealth of talent that deserves wider recognition in the publishing world."

The author and author/illustrator team each receive a $1,000 cash prize, promotional book displays valued at over $2,500 from Combined Book Exhibit at major book fairs around the world and a $5,000 package of print and digital advertising in Publishers Weekly.

Organisers released more detail about the authors and illustrator. 'Naibe Reynoso (author, How to Fold a Taco) is a Mexican-American, double Emmy Award winner — most recently in 2020 — and journalist, reporter, host, producer and mom based in Los Angeles. Hispanic Lifestyle magazine named her a 2020 "Latina of Influence." She has been a board member of the prestigious Peabody Awards since 2015, the same year she received the BIBO Award for "Outstanding Work in Media."

'Throughout her journalism career, she has worked and contributed to various regional, national and international networks, including Univision, CNN en Español and many others. In 2018 she created Con Todo Press, a publishing company that creates books to amplify the voices of underrepresented communities. Her first children's book, Be Bold, Be Brave: 11 Latinas Who Made U.S. History, was an Amazon #1 bestseller and highlights 11 women who excelled in medicine, science, sports, the arts, journalism and politics. The book was awarded Best Nonfiction Picture Book in the 2020 International Latino Book Awards, won a 2020 Moonbeam Children’s Book Award for best multicultural nonfiction book and received a Tejas Star Reading List (TSRL) recommendation for 2021 – 2022.

'Ana Varela (illustrator, How to Fold a Taco) is an award-winning illustrator based in A Coruña, Spain. In 2019, she won the Gold Medal, Japan Illustrators’ Association (JIA), Illustration. She is a prolific, versatile illustrator, with a dozen children’s books to her credit as well as textbooks, magazines, packaging and products. She loves cats, traveling and drinking coffee.

'Paris-born Lilianne Milgrom (L’Origine) is an internationally acclaimed artist and author. Her artwork can be found in both private and institutional collections around the world. Her articles have appeared in publications such as the Huffington Post, Bonjour Paris, Inspirelle, Ceramics Monthly and Daily Art Magazine, and her short stories have appeared in various anthologies. In 2011 she became the first artist authorized by the Orsay Museum in Paris to copy Gustave Courbet’s infamous L’Origine du monde (The Origin of the World). Following her stint as a "copiste" she spent nearly a decade researching and writing L’Origine, her debut novel.'

The mission of the awards initiative, which was the creation of BookBrunch, is to discover new talent and reward the best self-published titles each year.

A free e-Sampler of the shortlisted 2021 Selfies Books can be downloaded here:
https://www.surveymonkey.co.uk/r/Selfiessampler.  For more information go to the website: http://selfiesbookawards.com/.