UK publishing - beyond the book 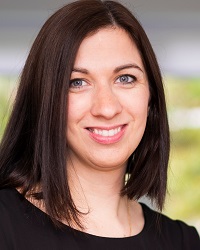 At any given time on stages and screens across the world, films, plays, musicals and television programmes based on books are captivating audiences. The film based on The Little Stranger came out last month, and the film of Angie Thomas' The Hate U Give premiered at the London Film Festival; an adaptation of Helen FitzGerald's novel The Cry has just concluded on ITV, in the slot previously occupied by a new adaptation of Thackeray's Vanity Fair; a play based on Zadie Smith's White Teeth opens in London this week - examples are everywhere you look. For those familiar with the book in question, adaptations can cause the reader to look at the original in a slightly different way, to find something new, or to hold on more tightly to the way they'd imagined it. For those who do not know the book, the adaptation can mean they discover and read it, or indeed the author's wider body of work.

When thinking about the wider cultural impact of books, it is of course important not to gloss over the power of the original format. Books are unique in that it is the reader that creates the visual and brings the world held within the pages to life.

Books are a long-established source of content for film, TV and theatre, and it is well known that the extended audiences those formats reach can be hugely beneficial for the book, writer and publisher. However, it may not have been fully understood just how significant this impact of books as source material for other creative outputs is. Earlier this year, the Publishers Association launched research conducted by Frontier Economics that showed that the UK publishing industry significantly increases the commercial and cultural value of film, television and theatre productions.

What books contribute
It demonstrated in detail that film, TV and theatre adaptations of books attract more revenue, viewers and critical acclaim, showing that when compared to original scripts and screenplays book adaptations attract on average: 44% more in UK film box office revenue (and 53% more globally); 58% higher viewership of "high-end" TV productions; and nearly three times more ticket sales for theatre productions. These effects really are staggering. And, of course, a high-profile production can hugely increase the sales of the original book - a virtuous circle in motion.

Between 2007 and 2016, 52% of the top 20 (by domestic box office gross) UK-produced films were based on published material. These films grossed £1.5bn in UK box office revenue and £22.5bn globally, accounting for 61% of total UK box office gross and 65% globally. Because these adaptations earned on average 44% more revenue in the UK than films based on original screenplays, they made an extra £5.4m per film. As this rises to 53% globally, that equates to $91m extra per film.

The research highlighted that adapted films not only perform better financially, but also perform better in terms of critical acclaim and awards. On a 5-star rating scale, adapted source material adds half a star, with the effects being felt predominantly for bestselling novels, literary classics and adaptations of non-fiction books.

Books are also a popular source for high-budget TV series. Out of the 35 “high-end” series produced in the UK during the period January to September 2017, 40% were based on books. Only 26% were based on original material, with the rest either true stories or adapted from another TV or film production. Of the top 100 television dramas broadcast between 2013 and 2017 on the UK's free-to-air channels, those with literary origins attracted on average an additional 1.3m viewers per episode, equating to 58% higher viewership than dramas based on original material.

Not only do books translate well to the screen, but also to the stage. During 2016, 27 theatre productions adapted from books generated £25.8m of revenue. Book-based productions make almost three times more in ticket sales than do original scripts, with family musicals generating 2.3 and plays generating 2.8 times more revenue than original shows. Shows based on books also tend to run for a longer period of time, with the top four longest running productions in London's West End based on books.

This all equates to truly exceptional cultural relevance on a global scale. From the sprawling Harry Potter universe to the colourful stage adaptations of Roald Dahl's timeless stories, the creative impact of UK publishing goes far, far beyond the book.

Punching above our weight
The rapid evolution of digital platforms and the resultant flood of film, TV and gaming content means competition for people's leisure time is tough. And in political circles, it is often those creative industries that seem more glamourous that get taken notice of. Publishing punches above its weight. Not only are we one of the biggest direct contributors to the economy from the creative industries, our impact is felt beyond that.

We act as the foundation of the wider creative industries - a foundation that is only possible because of a number of things, including our gold-standard copyright system.

In times of unprecedented political change, it is worth holding in mind this much wider creative impact beyond the book - and doing all we can to champion it and protect it.

Ruth Howells is head of communications at the Publishers Association. The Value of Publishing report is here.