BookBrunch this morning announces the shortlists for the third annual Selfies Awards, with 20 authors nominated across three categories 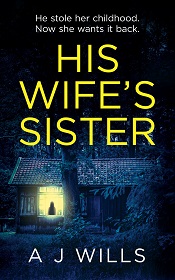 This year, there are three prizes on offer, for the best self-published adult fiction title, children’s book and – new for 2021 – memoir/autobiography published in the UK in 2020.

Launched by BookBrunch in 2018, the Selfies are sponsored by Ingram’s award-winning self-publishing platform, IngramSpark® and supported by the London Book Fair and Nielsen Book.

The Selfies Awards are judged on the quality of the writing; the production values of the book; an enticing cover and blurb that successfully addresses the target audience; and an effective and creative marketing and publicity strategy that has the potential for great sales.

BookBrunch managing director Jo Henry said: "We are delighted to be able to showcase the vibrancy and expertise of the self-publishing community in the UK through the Selfies Book Awards, and the judges were extremely impressed with the very high standard of self-published titles submitted this year."

The winners will each receive £750 in cash and a profile in BookBrunch, while all shortlisted authors will receive free entry to the 2021 London Book Fair Authors’ HQ at the end of June, where a series of events aimed at indie authors will be programmed, and entry into a prize draw for one author to receiving two free hours of mentoring from the Really Useful Company.

In the adult fiction category, won last year by Clare Flynn with her historical novel The Pearl of Penang, the contenders include a guide to navigating the arranged marriage market, a hard hitting crime novel set in Wales, a Greek mystery, a psychological thriller and a comic sf novel.

The full shortlist is:
Odd Numbers by Jill Marsh
Murder Your Darlings by Debbie Young
His Wife’s Sister by Adrian Wills
Fitting in By Amanda Radley
The Snowdonia Killings by Simon McCleave
How to Buy a Planet by D.A. Holdsworth
The Secret Diary of an Arranged Marriage by Halima Khatun
At the Stroke of Nine O’Clock by Jane Davis

In the children’s book category, won last year by The Adventurers and the Cursed Castle by Jemma Hatt (who also has a title on this year’s shortlist), the contenders include a guide to the Islamic lunar calendar, a dancing ghost, a celebration of diversity in nature, a Polish primer and a warrior king.

The full shortlist, which includes picture books, middle grade readers and a YA title, is:
It's Raining in Moscow and I Forgot my Umbrella by Caroline Boxall
My Mum's A Tiger by Kate Claxton
The Fabulous Lost and Found and the Little Polish Mouse by Mark Pallis
Champion of the Iroko by Zee Ghara
The Adventurers and the City of Secrets by Jemma Hatt
Phases of the Moon by Hajera Memon
Under Grandma's Table by Emma O’Connor
The Graceful Ghost by Eleanor Dixon

In the new memoir/autobiography category are four very different books: a journey along the spine of the Andres; an exposé of the world of women’s prisons; inspirational advice from 22 successful individuals and the joy of sharing pets.

The full shortlist is as follows:
Llama Drama by Anna McNuff
Breakfast at Bronzefield by Sophie Campbell
A Few Wise Words, compiled by Peter Mukerjee
Barking Mad: Confessions of a Dog Sitter by Jane Mosse

Expert judging panels are now reading the shortlisted titles and assessing the publishing expertise of the authors to select their best indie-published books of 2020.  The winners will be announced at an online ceremony on Tuesday, 20 April.

Odd Numbers by Jill Marsh.  Five friends reunite every other New Year to commemorate a friend who died tragically young. On the 20th anniversary, in a remote snowy chalet, old doubts surface, wounds reopen and morality comes into question.  Is friendship a safety net or a tie that hobbles them all to the past?

Murder Your Darlings by Debbie Young. When Sophie Sayers joins a writers' retreat on a secluded Greek island, she's hoping to find inspiration and perhaps a little adventure.  But scarcely has the writing course begun when bestselling romantic novelist Marina Milanese disappears on a solo excursion to an old windmill – and Sophie is the prime suspect.

His Wife’s Sister by Adrian Wills.  Mara Sitwell was only eleven when she went missing.  Nineteen years later, she’s been found wandering through remote woodland, alone and confused.  She says she’s been kept in an underground cell for all these years - but refuses to reveal anything about the man who snatched her.  What does she have to hide? And who is she protecting?

Fitting in By Amanda Radley.  Heather Bailey has been in charge of a prestigious London shopping centre for several years. Financial turmoil brings a new investor to secure the future, but when he demands that his daughter is found a job at Silver Arches, things become even harder.

The Snowdonia Killings by Simon McCleave.  Starting a new life in Snowdonia was always DI Ruth Hunter's dream. About to hit fifty, the veteran police officer trades in the crime-ridden streets of London for a more peaceful life in rural North Wales. But she has barely settled into her new position in North Wales Police when the body of a brutally murdered woman is discovered.

How to Buy a Planet by D.A. Holdsworth.  It’s the Year 2024. Drowning in debt following the pandemic and facing ruin, the world's leaders have taken the only logical decision.  They’ve sold the planet.  With only 24 hours to avert the apocalypse, Toby’s flatmates drag him on an intergalactic adventure to find a chance of salvation.

The Secret Diary of an Arranged Marriage by Halima Khatun. A British-Bengali girl is looking for Mr Right and getting to know a motley crew of men all while fending off a mum on a mission to match-make. Welcome to the world of the 21st century arranged marriage.

At the Stroke of Nine O’Clock by Jane Davis.  London 1949. The war-torn city is struggling to re-boot itself and wider society, amid ongoing privations. The dawning realisation that Britain needs to change and to challenge ingrained inequalities is explored through the lived experiences of three very different women whose lives are about to collide.

It's Raining in Moscow and I Forgot my Umbrella by Caroline Boxall. Twelve-year-old Billy has a few problems and his parents are missing.  Meanwhile, in Russia, Manya would rather not have parents at all. In a remarkable tale of destruction, deceit and sheer determination, two seemingly unconnected stories are told in parallel, slowly revealing an astonishing link.

My Mum's A Tiger by Kate Claxton. Find out what makes Eliza's mum so WILD in this beautiful story of embracing the skin we're in and celebrating all our spots and stripes, the same way we celebrate animal print.

The Fabulous Lost and Found and the Little Polish Mouse by Mark Pallis.  A little mouse has lost something precious, but there’s a problem: she only speaks Polish. Before long, the irrepressible Mr & Mrs Frog have turned their Lost and Found Office upside down to solve the mystery and readers have learnt 50 Polish words without realising it.

Champion of the Iroko by Zee Ghara. Ojadili, great warrior of the Madu clan of Atu Kingdom, is tasked with a heavy burden from birth. He must save both his Kingdom and half-sister, Adi from impending doom. Will duty be the cost of love? Or will love cost him the Kingdom, Adi or both?

The Adventurers and the City of Secrets by Jemma Hatt. Two master criminals are on the run with ancient treasure, using London's web of hidden trails and passages to conceal their loot. The Adventurers must track them down using their wits, Uncle Logan...and a stolen red bus.

Phases of the Moon by Hajera Memon.  Learn about the phases of the moon with this sparkly interactive tie-back book with a surprise glow-in-the-dark ending.  Each phase marks the passing of time and helps determine special days, such as the beginning of Ramadan, the festivals of Eid, and the Hajj pilgrimage.

Under Grandma's Table by Emma O'Connor.  A beautifully illustrated children's story book about the adventures of imagination in that safe and special place - under Grandma's table.

The Graceful Ghost by Eleanor Dixon.  Grace, a ghost who has been tied to Amberwood Ballet School for 200 years, wants to leave. Lauren, a student who is so beset with problems she is struggling to dance, wants to stay. Can they help each other before it’s too late?

Llama Drama by Anna McNuff. Armed with a limited grasp of Spanish, and determined to meet as many llamas as possible, Anna and her friend Faye set off on a 6-month journey along the spine of the largest mountain range in the world – the Andes.

Breakfast at Bronzefield by Sophie Campbell. Forced into signing an NDA when she arrived there on remand, former public schoolgirl Sophie risked extra time on her sentence by documenting her experiences of life inside. A powerful glimpse into a world few see, including riots, unethical medical prescribing and prison barons.

A Few Wise Words compiled by Peter Mukerjee.  A compilation of stories of success and inspirational advice from 22 high profile and highly successful individuals from the worlds of business, the arts, sport and religious leadership, including Sir Ben Ainslie, Tanni Grey-Thompson, Rabbi Lord Jonathan Sacks and Martha Lane-Fox.

Barking Mad: Confessions of a Dog Sitter by Jane Mosse.  When Christine and Rob take early retirement after having said goodbye to the last of their dogs, their home seems somewhat empty. It’s then that they discover the joys of pet-sitting. Staying in other people’s homes and taking care of their animals seems the perfect antidote to life without a dog.