What the Romans smelled

Adrian Goldsworthy on the extra requirements of historical fiction 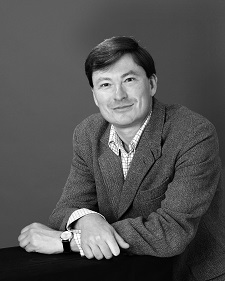 History has always fascinated me, and I have been fortunate enough to study it full time and make a living writing non-fiction histories of the ancient world, as well as historical novels. I have written six novels set during the Peninsular War, and since then I have set stories in the Roman Empire at the end of the first century and start of the second century AD.

Whatever the period, my novels are adventure stories, intended as escapist tales rather than searing insights into the human condition. That said, historical accuracy is very important to me, and as far as possible I try to get the setting right and have the characters behave in plausible ways. While I have always loved historical novels and reckon that the best ones give a flavour for a period far faster than reading non-fiction, I'll admit to being a tough audience, and tend not to stick with anything that does not convince historically. Little errors bother me far more than they would - or indeed should - bother most readers.

For non-fiction the research process is straightforward. With the ancient world the sources are limited, although archaeological discoveries can add to the information available. It is really a question of tracking down and studying all the evidence of whatever type and realising the differences between, say, a literary account of an event and an excavation report of a site. The first is written from the perspective of the author, restricted by what information was available at the time of writing - perhaps centuries after the events - as well as that author's individual perspective and bias. Most literature from the ancient world was written by and for the elite. Thus we have Caesar's account of his campaigns in Gaul, but nothing from Vercingetorix or any of his other opponents, or for that matter from an ordinary legionary. Excavation is usually better at showing longer term trends than specific events. 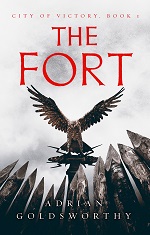 After gathering all the various types of evidence, there will almost certainly be a wealth of books and articles, where scholars have done their best to process all this information and comment on it. These will inform, improve and challenge your own conclusions, and are vital. Even so, everything must come back to the primary sources: it is important for the reader to understand what we know, what we are guessing and why, and what we do not know.

Researching for a novel starts in much the same way, with the ancient evidence leading into modern studies. The first big difference is in the type of questions you ask. Writing a biography of a Caesar, Cleopatra or Alexander means a focus on the great events of the time. Novels are a lot more personal: you need to think about what each character wears, what they eat and drink, where they live, the sights and smells they encountered. It's one thing looking at a plan or reconstruction of a Roman fort or city, but what was it like to live there? Archaeological surveys of a region will date changes as "late Flavian", which is fine for their purpose, but less so when you are trying to work out whether a road or a fort was actually there in the year of your story.

Writing novels has made me ask questions I had never considered in all the decades I have spent studying the Roman world - and I hope has made me a better historian as a result. For instance, whether the Roman army rode stallions, mares, geldings or a mixture of some or all had never really been something I had thought about until the Vindolanda novels. Another, even bigger question, is just how the Romans - and the other peoples encountered in the stories - spoke. The answer is that we do not really know. We have some letters and some alleged quotes of conversation in written histories, but that is about it. Roman drama and novels did not pretend to reality in the same way that Jane Austen, for example, gives a sense of Regency manners and speech.

This brings us to the biggest difference in research and writing history and fiction. A historian must be willing to admit when the evidence makes it impossible to know something. In contrast, a novelist cannot have a character turn a corner and step into nothing - at least not in the sort of novels I write. Where the evidence is lacking, a novelist invents. For me it is important to do so in the context of the facts, however few; it is about creating a world that will seem real to the reader.

The Fort by Adrian Goldsworthy is published by Head of Zeus on 10 June.