Whatever happened to the last big things?

There was the usual flurry of excitement about various titles announced at the London Book Fair last month. But what has been the fate of titles that were similarly hyped at previous fairs? Neill Denny investigates 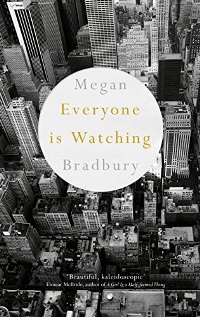 In 2015 Paul Baggaley at Picador signed Everyone Is Watching by Megan Bradbury, who was on the UEA creative writing course. "This wasn't a standard deal," Baggaley recalls, "as I had met the author when talking to students at UEA, and was told by everyone there that she was a star in the making. So I saw an early version and asked Megan to make sure she instructed her agent to send the manuscript to me when it was available. I don't know how many others saw it from Sophie Lambert, but I was on it from the start and keen to acquire. Having said that, it was a slow process to get our offer together as we wanted to acquire world rights. This deal was actually made just before LBF and we announced it at the fair."

Does being born in such a splash of publicity help or hinder the subsequent progress of the book? "It was a reasonably high profile deal, but wasn't one where the publicity was about the auction or the advance. It therefore was able to achieve its success organically, through blurbs, bookseller support and reviews," says Baggaley. "It has certainly achieved great critical acclaim. We'd have loved more prize recognition, but we have a very good paperback plan with support from WH Smith Fresh Talent and a decent Waterstones order, so fingers crossed. We have a great paperback package." 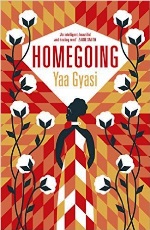 Homegoing by Yaa Gyasi was signed by Penguin, also in 2015, and was published in hardback by Viking in January. The author was longlisted (though not shortlisted) for the prestigious Dylan Thomas prize, the most valuable literary prize in the world for writers under 40.

Penguin's acquiring editor Mary Mount saw the manuscript just before the fair and signed it at Olympia. What caught her eye? "It is an extraordinary novel, starting in 18th-century Africa and ending in present day America, each chapter telling the story of the next generation. It isn't just an incredibly moving and beautifully written book, but it is also ambitious in its structure and what it was saying."

When the deal was reported it was given a rumoured seven-figure price tag, guaranteeing it would be in the spotlight. "It was high profile because it was bought around the world very quickly. I always think that public discussions about money around an acquisition are unhelpful," says Mount. 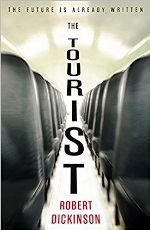 Last year Orbit publisher Tim Holman signed Robert Dickinson's The Tourist, which came out in October. "We agreed the deal shortly before the fair. We made a strong opening offer and were able to agree a deal soon after. Initially, it was a great pitch from the agent, Oli Munson at AM Heath. There's a growing appetite for smart, high-concept thrillers with science-fictional elements, and I found the idea of time travellers from the future visiting our time very intriguing."

Holman thinks the high-profile nature of the deal has ultimately helped. "It definitely helped focus attention on the book from the outset - particularly within the company."

And has it lived up to expectations? "We published in hardback last autumn and although sales - not unusually - were modest, it exceeded our expectations in terms of what we learnt. The paperback is out in June, and with more insight into how different readers respond to the book - and a new cover - we have high hopes." 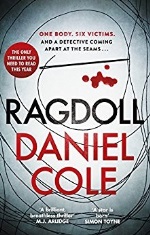 Also last year, and arguably even more high-profile, was the six-figure signing by Sam Eades at Orion's Trapeze of three thrillers from Daniel Cole, effectively launching the imprint. What caught her eye about the initial proposal? "I love Sue Armstrong's [the agent's] taste, and the fact she'd taken on something a little out of her comfort zone, with a commercial police procedural, immediately piqued my interest. Then the pitch was so immediate and clear, I still remember the line from her email: one body, six victims. The novel (Ragdoll) opens with a body made of six different body parts. It is rare to have a book with such a clear, communicable pitch; then I fell in love with the writing from the first page - it was my dream submission!"

Another factor helped. "To land the book I dismembered a doll and delivered it to the Conville & Walsh offices. The receptionist didn't like the look of it, but luckily I bumped into Sue in reception who took it upstairs!"

Did the hoopla of the announcement at the fair help? "Because of the nature of the deal, from acquisition the book has been our lead debut, which has meant extra focus, budget and resource. We've delivered everything we promised from that pitch document, and then some. That has led to some good moments - from a great UK and international subscription (three supermarkets here!) to a profile interview in the Sunday Times. The noise from the fair definitely helped in terms of pitching to the trade, but maintaining momentum after that initial announcement is hard work." So it is once the spotlight has moved away that the fun really starts.