Where do all the lost letters go? 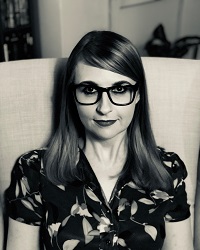 "More than kisses, letters mingle souls" - so said John Donne in his poem "To Sir Henry Wooton", a line that approximately 380 years later became the epigraph to my debut novel, The Lost Letters of William Woolf. When I first discovered the poem in Soundings, the volume we studied for the Leaving Certificate English examination in Ireland, it resonated with me in a profound way, and embedded itself in an important part of my psyche. For many years it stayed with me, bubbling up into my consciousness at unlikely moments as if to remind me of its importance. So perhaps it was inevitable that when I first sat down to tentatively write the first line, of the first page, of the first chapter of what would become this book, those words leaped from my psyche, and the premise for the narrative was established.

Before the Dead Letters Depot, or William Woolf, or letter detectives had been summoned into being, I knew the book would meditate on the lost art, and power, of letter writing. I wanted to explore the integrity of our letter-writing selves; are we more or less honest versions of ourselves when we write letters? In one regard, we are protected from the fear of speaking our feelings aloud, free to draw upon our deeper consciousnesses, less restricted than if the person we were writing to were standing in front of us, keen to respond, instantly reacting. Perhaps that enables us to be more honest.

On the other hand, the time to contemplate seriously and properly consider what we mean to say before we commit to paper allows for a self-editing that the immediacy of human interaction does not. So I presented myself with two questions that I wanted to explore: could one fall in love with a person one had never met purely on the strength of their letters alone, and, if that happened, how would the physical reality of the person differ from how they represented themselves on paper? 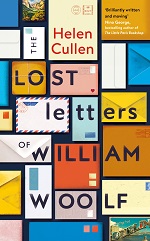 The character of Winter emerged: a woman writing and posting letters to the great love she aspired to find but had never met. From here the narrative began to unfold; where do all the lost letters and wayward parcels go? And who would find Winter's letters? Creating the world of the Dead Letters Depot, where letter detectives solve the mysteries of such missives, was a joy; and the discovery of one detective in particular who was fully susceptible to Winter's letter-writing charms was a revelation. William Woolf emerged as the protagonist of the story who could help me find the answers I was looking for.

Secondary to my obsession with the power of letter-writing, I was also conscious of wanting to explore the juxtaposition that often exists between the way romantic love is portrayed in the media and the arts, and the pragmatic reality of sustaining a relationship over a long period of time. I was interested in the idea of second chances, and if they always necessitate something, or someone, new, or if they could be found in the life you already inhabit. I also wanted to put a man at the centre of a mystery of the heart: the terrain that is so often considered to be exclusively women's when, of course, men spend as many long nights of the soul considering these questions as women do. All of these ideas and more formed the emotional infrastructure of the novel, and these questions became the scaffolding on which the narrative was built.

The Dead Letters Depot was the greatest gift I could give myself as a writer: a world where magic and reality could collide and co-exist on a daily basis. A place of the imagination where the gritty examination of relationships could be interrogated while also allowing for the potential magical elements of life to play - the serendipitous, the fated, the charmed.

As I walked through the streets of London, or along the lanes at home in Ireland, I found inspiration for the letters in the depot everywhere: the David Bowie exhibition at the V&A, an abandoned silk glove at the foot of Benbulbin mountain in County Sligo, a biscuit tin of wedding photographs, a cabinet of medals at the Imperial War museum, a walk-through Columbia Road Flower Market, listening to "Bloodflowers" by The Cure on vinyl. In myriad ways, inspiration came from the flotsam and jetsam of life that we bob along with every day, the overheard conversations and silent observations. It is one of the great lessons I have taken from writing this book: inspiration is happening all the time, all around us, in the life we are living right now, even in the moments when it feels its dullest.

At the end of it all, I look back at John Donne's poem, that first seed of inspiration that was sown, and am amazed that it somehow grew into this whole book of complicated questions and imperfect answers. And that, in itself, may be the most inspiring element of all.