Why I chose indie publishing and never looked back

Lilianne Milgrom, winner of the 2021 US Selfies Book Award for adult fiction, on why she has no regrets about going it alone 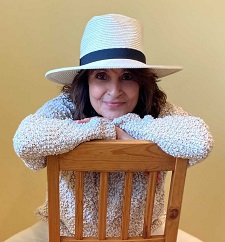 Anyone who attended the virtual event in June, when BookBrunch and Publishers Weekly announced the winners of this year's US Selfies Book Awards, can testify to the fact that I was completely blindsided when my debut novel L'Origine appeared on the screen as adult fiction winner. I remember being totally speechless (I'm pretty sure I was gaping like a fish). Then came the tears. This may sound melodramatic but any writer who has put his or her blood, sweat and tears into their literary baby understands the powerful emotions that come with that sort of validation.

As a general rule, we writers are a sensitive bunch. We labour over our keyboards in solitude, alternating between thinking that our words will change the world, and being convinced that those very same words have no business ever seeing the light of day. That's why book awards - especially for self-published authors like myself - are a critical litmus test in the writing journey. They provide an impartial, objective barometer of where your book stands relative to other books and, more importantly, whether your book connects with seasoned judges who wade through hundreds of submissions.

By the time I was ready to start shopping it around (a truly terrifying step) I was still of the mindset that it had to be traditional publishing or nothing - despite reading scores of articles detailing the hell that some authors went through going down this path. My experience was no different. After months of rejection letters, tears, self-doubt and ghosting, I did finally land an agent. But I soon realised that:

a) I was not wholly comfortable with a third party representing L'Origine to potential publishers. No one knows a book better than its author.
b) My novel is a hybrid personal essay/historical fiction, which presented a problem for traditional publishers. They suggested I rewrite the book to fit into one specific genre. After 10 years of writing, the thought of rewriting the entire novel according to market trends was far from appealing.
c) The timeline for publication was so far off into the future that it was disheartening, not to mention the fact that I had to surrender all control over cover art. As an artist, that was a big pill to swallow.
d) Assuming that I would actually make some sales, the potential royalties would be quite puny. 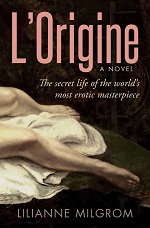 After researching alternatives, I soon discovered that self-publishing offers a host of advantages over traditional publishing. I decided to part ways with my agent; readers don't judge a book by who published it. I recruited a reputable book production company that allowed me to have more control while still meeting the highest standards of the industry in terms of editing, copyediting, cover art and production. Within nine months my beautifully produced book was up on Amazon and it was time to begin the monumental task of promoting it.

Fast forward a year and I'm proud to say that L'Origine has garnered four indie book awards. Winning the prestigious 2021 US Selfies Book Award was the cherry on top. I can't emphasise enough how having one's self-published book recognised by people in the industry makes a personal as well as professional impact.

The announcement of the Selfies Award produced an almost immediate uptick in sales, and generated a rush of interest on my social media Instagram account. The monetary prize could not have come at a better time - I was scheduled to take up a writer's residency in France just weeks after the award announcement was made, and the cheque helped defray the cost of this unique opportunity.

Additionally, the upcoming Publishers Weekly ad campaign (another generous prize component) will reach a broad range of new readers and influencers within the book industry. I'm deeply grateful to Publishers Weekly, BookBrunch and all the partners - IngramSpark, CBE, Barnes & Noble and Author Solutions - for supporting and encouraging authors who are finding their own voice through self-publishing. I have never looked back.