Why I won't stop writing about violence against women 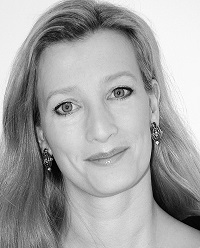 As the Staunch Book Prize has opened its doors for entries once more, I find myself late to a debate I deliberately avoided last year. I can't continue to do so.

The prize, the Staunch team says, is for "a thriller in which no woman is beaten, stalked, sexually exploited, raped or murdered". As a former criminal and family law barrister, I appreciate the debate. We need to talk openly about violence to women, and in particular sexual violence. We should encourage it into the open, see it and call it out. Because it's everywhere. No one is immune to it, whatever their age, education, or profession.

I certainly wasn't. I spent 13 years listening to women (and men) talk about life after rape, sexual abuse and violence. I sat with women in court conference rooms as they sobbed, too scared to walk into a courtroom with their own husbands. I prosecuted rapists, and defended them too. Long before that, I'd sat in a car with a man I should have been able to trust, in a position of authority over me, the day after my 16th birthday, and became a rape victim too. Fast forward a few years to when a boyfriend, very well-qualified and from a "good family", threw me across a room and broke my collarbone.

"I don't want a prize that would reward me for shutting up."

These days I write police procedurals and thrillers. I don't differentiate between my fictional victims based on gender, because it doesn't matter if you're a man or a woman when you're raped, beaten or terrorised. Pain, fear and helplessness are the ultimate equalisers.

Sounds as if I'm in a unique position as a crime writer, right? Well, I don't buy that. I don't know many women who haven't been sexually assaulted in some form or other. The vast majority of adult men know a woman who has been abused, violently or sexually. By extension, most crime writers have either experienced or know someone who has experienced the same. And yet we write about it. We conjure victims in our minds, describe their struggles, best and worst case scenarios. I believe we shine a light on what is too often left unspoken. And what bothers me - scares me, truly - about the Staunch Prize, is that it suggests that an ideal world is one in which our books don't exist.

Someone asked me recently if I wasn't being unfair about this. Isn't the prize just a celebration of a different kind of book? Isn't it valid for its own sake?

The Staunch Prize, let's be blunt, offers an accolade for writers who write only about men being victimised. I find that offensive on its own. Sexism isn't a one-way street. If writing about violence is deemed to be wrong, gratuitous, dangerous or problematic, then it should be regarded as such across the board. But the Staunch Prize goes further than this. The "About" page of its website states: "A growing body of research finds that... jurors are reluctant to convict 'ordinary' men accused of rape as they don't fit the idea of a rapist they've internalised through the stories and images they've received through popular culture... That this can so seriously affect justice for women is alarming to say the least and must be addressed." 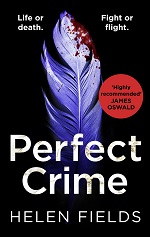 This is an out-and-out criticism of fiction that portrays women as victims (notably the only apparent research applies to rape charges, although I'd love the prize organisers to have cited their source given that jurors cannot be questioned about their motivations). Drawing a link between crime writing in general and failed prosecutions, though, is dangerous and just plain wrong. Prosecutions fail for any number of reasons, usually to do with a lack of evidence and witness credibility. Absolutely not because the accused is insufficiently like a book/film/TV character.

As for demonising crime writers who dare write about actual crime? Tell me I shouldn't. Tell me I'm putting other women at risk of the same fate I suffered. Try telling me to stop writing about it. I pour every ounce of compassion I have into the narratives I often show through the victims' eyes. I am clear that the behaviour is wrong. I don't glamorise it, and it's never gratuitous. I take it seriously, and I feel the burden of making sure my writing portrays the horror and wrongness of such crimes. Every other crime writer I know does the same.

Telling the story of a woman who's a victim of crime is not the same thing as writing about a victim. The women in my books fight back, negotiate, they understand what's happening and they react. They use their life experiences. They're bold and scared, decent and grief-stricken in equal measure. They are real. They are all, in differing degrees, me. Sometimes they're the me I wish I'd been - stronger, wiser, braver - and sometimes they're the me that sobbed, and stayed quiet and didn't fight, and whose shame kept me silent for most of my adult life.

I'm afraid I'm not going to keep quiet any longer, and this is what the Staunch Prize has wrong. I've fought hard to have my voice heard. The fact that my chosen medium is crime fiction is no one else's to criticise. I won't stay silent about what happens every day to flesh and blood victims, because silence is the weapon that abusers wield. I won't write about male victims only, because that's ridiculous. It's a fantasy. I won't sweep what happened to me under another carpet. I don't want a prize that would reward me for shutting up.

I want people to read my words and cry tears alongside the victims I imagine. And I won't be shamed into believing I'm part of the problem. So offer your prize, celebrate what's good. But don't pretend you're looking down at the rest of the crime writing world from some self-constructed moral high ground, because unless you've seen the view from where I'm standing, it looks to me as if you're the ones on shaky ground.