Writing as a second career

A change of scenery spurred Colette Dartford to become a novelist 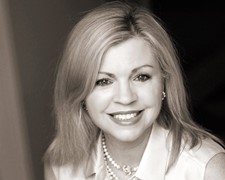 When I'm asked what I do and reply that I'm a writer, people tend to react in one of two ways. Either they tell me they're thinking of writing a book too, and proceed to describe it in detail, or they express surprised admiration because they understand that it's hard to write a book and even harder to get it published. The surprise goes up a notch when I confide that I was in my 50s before I even attempted to pen a novel, and without any background or training in creative writing.

For me, writing was a second career, and came after many years as a research consultant in the healthcare sector. This did involve writing, of course - mainly papers and reports for clients - but the style was factual and evidential. Writing fiction requires a very different skill set, and it wasn't until I moved from my home in Somerset to California's glorious Napa Valley that I even thought of writing a novel. Being surrounded by such physical beauty was the catalyst that spurred me to try my hand at creative writing. I wanted to celebrate the Napa Valley in words - bring it to life through language. I had always been a prolific reader, but this was the first time I thought maybe I could be a writer too. A story was forming in my head - taking shape and depth - and one day I simply sat down and started to write it. That story became my debut novel, Learning To Speak American, and paid homage to the abundant sunshine, verdant landscapes and warm, welcoming people of Northern California. 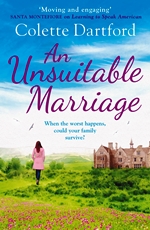 But writing as a career means producing more than one book, and once I had moved back to England, I distracted myself from pining for sunshine and vineyards by working on another novel, set in deepest Somerset. It was a leap of faith writing a second book while the first was still unpublished, but the story had been bubbling in my imagination ever since my children were at school, and it was a joy finally to have the time and skill to write it. Having two novels helped me get a contract with an agent. Even though he loved Learning To Speak American, he was concerned that it might be a one-off, but when he read a draft of An Unsuitable Marriage, and I outlined my ideas for a third and fourth novel, he could see I was serious about writing as a career.

Timing is everything - isn't that what they say? I don't think it was a coincidence that I waited until my 50s before I started to write. My children were grown up, and the terms of my American visa meant I wasn't allowed to work. I know many authors have families and full-time jobs, and I admire them tremendously, but once I started to write I found it all-consuming. I knew I couldn't have squeezed it in between school runs or business meetings. There was also the matter of lived experience. I write about relationships in crisis - relationships between spouses, lovers, parents, children, siblings - and having a more mature perspective has definitely helped with that.

There are many trajectories that can lead an ambitious amateur to the Holy Grail of being a published author. For me, a Californian sojourn unlocked creative potential that I didn't know I possessed, and once I started writing, I didn't want to stop. So while I can't claim that I have always harboured a burning desire to be a novelist - such a thing seemed far beyond my talents - I can claim that it has been an exciting and extraordinary journey. As second careers go, I can't imagine a better one.