Writing: can't you do that anywhere? 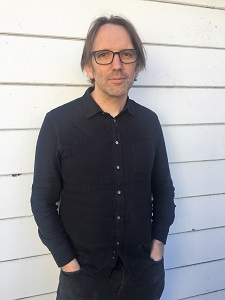 "You can really write anywhere, you know." So my non-writer friends love to say, usually as they attempt to convince me to accompany them to places I do not wish to travel to, or to move me out of their holiday homes. They are at once entirely correct and spectacularly wrong, because how can some uncertain "anywhere" guarantee me the combination of circumstances necessary to get any writing done on a given day? The basic prerequisites - electricity, water, a bathroom - are obvious and fairly easily obtainable, but at certain times I might also work best with solitude or company, silence or noise, high speed internet or technological isolation, a dog that needs walking every four hours, or a cat curled up asleep in the corner.

It is a difficult alchemy. Like many writers, I found that in London my anywhere of choice was the British Library. It ticked a number of my boxes: silence in the Reading Room but bustle in the hallways; fast internet that could be avoided if you were careful not to log on; no actual animals - except an occasional heaven-sent service dog - but at least plenty of books about them that could be ordered up at an hour's notice anytime I needed cheered up.But it was something else that made the Reading Room a particularly good anywhere. If you wish to work there, you must first descend to the British Library's basement, lock up your belongings, and transfer your laptop and power cable to a transparent plastic bag. At the entrance to the Reading Room, you show your photographic ID and transparent bag to a weary uniformed guard, who reluctantly nods you in. People generally describe this rigmarole as akin to boarding a plane, but I have had an experience like this only once before, and it was not at an airport. It was visiting somebody in federal prison.

I suspect the punitive aspect is what makes the Reading Room such a productive place for so many of us self-flagellating writers. The atmosphere is spectacularly oppressive, the competitive shushing of our fellow readers combining with the deliberately full-voiced chit-chat of the librarians to endlessly remind us just who are the wardens and who the inmates in this institution. It does not necessarily make for the most enjoyable of working days, but perhaps that is the point, as I have still never found anywhere I get as much work done as in the Reading Room of the British Library.

Anywhere in LA
When I moved out to Los Angeles to work as a screenwriter, I had to find a new anywhere to write. My local library here was charming but the building was rightly most popular with families, and the indoor voices of the enthusiastic young readers of Los Angeles were no quieter than those of their British cousins. The city libraries with dedicated reading rooms were all too far away, and anyway could be reached only by roads too deadly to cycle upon. 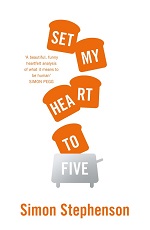 So I tried various other anywheres, even including a picnic table in the local park (too hot, but the visiting coyotes were a joyous diversion) and a startup co-working space where the endless invitations to "collaborative networking events" quickly became overwhelming. I even rented myself a small office in a courtyard on a studio lot. I had the idea that proximity to the production of movies would be an incentive to work harder, but something else happened entirely: as I moved in, the custodian casually mentioned that my hero Frank Capra had written It's A Wonderful Life in this very courtyard. I spent four months failing to emulate the greatest feat in the history of screenwriting, and moved out at the first opportunity.

Soon after, I got a job writing a movie at an animation studio that identified as a tech company. The campus was a perfect Bay Area cliché: cereal rooms, a heated salt-water swimming pool, a gourmet cafeteria, and even a speakeasy accessible only by clambering through an air duct. After a few weeks in these exquisite surroundings, I began to wonder how I had ever managed to write a sentence without access to an on-call masseuse. It was the exact opposite of the British Library - not austerity, but decadent luxury - yet it worked nearly as well.

Of course, the job eventually ended, and I once again found myself in Los Angeles in search of a new anywhere. Many writer friends worked out of coffee shops, but the places I had frequented in Hackney had all seemed to have been designed - understandably - to repel writers: seats that grew uncomfortable after an hour, a deliberate paucity of power outlets, and nothing to consume but strong coffee and sugar-filled pastries. I can eat pastries and drink coffee to the Olympic qualifying standard, but even I cannot manage a full day on them. Still, with no other options except getting myself sent to federal prison - and the comforts I had experienced in the Bay Area had forever ruined that option - I tried once again.

The good place
After a few weeks, I stumbled upon my writing Shangri-La. It was a coffee shop, yes, but different from the ones I had known in London. Local and quiet, it boasted a full menu, comfortable chairs, an abundance of power outlets, an owner and staff so welcoming they quickly started to feel like family, and a patio that played host to an endless array of dogs. Even better, it was popular with other writers, and their presence added a hint of the tension I had once known in the British Library Reading Room: the layout of a screenplay page is easy to spot on a laptop screen across the room, and nothing gets me down to business like the evolutionary pressure of seeing a fellow writer making progress with their craft.

Of course, the coronavirus pandemic then came along, the beloved coffee shop moved to takeout only, and I write this now on my living room couch. It has - conservatively - taken me twice as long to finish as it would have in my beloved coffee shop, and it would have been quicker still in the Reading Room of the British Library. But, still, you can really write from anywhere, you know?

Set My Heart To Five by Simon Stephenson is published by 4th Estate.