Writing from the land of the unwell

More than ever, we need books that grapple with states of illness, Jo Lennan writes 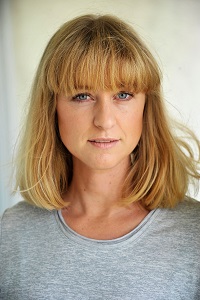 In her essay On Being Ill, Virginia Woolf wrote about cloud-gazing. People in rude good health were too busy to look at clouds, she observed. It was only in being ill that she found herself looking up.

"This then has been going on all the time without our knowing it!" she wrote with a note of jest. "This incessant making up of shapes and casting them down, this buffeting of clouds together, and drawing vast trains of ships and wagons from North to South, this incessant ringing up and down of curtains of light and shade..."

Woolf famously struggled with mental illness; she also experienced heart damage from an encounter with influenza. She posed a striking question: shouldn't illness be one of the great themes of literature, alongside love and war?

I have some experience in reading - and writing - through illness. Not long ago, in my early thirties, I had a bout with cancer. I discovered that illness can separate us from the teeming masses of the well, those who are permitted to hurry on with their lives.

We get the word isolated from the Latin insulatus, "made into an island". It is not a state that many of us would choose. It is an island of exile, not paradise. A stark and lonely place, in which so much is heightened, cast into sharp relief. Still, as Woolf's essay shows, the illness that cuts us off from others may also yield a strange bounty - different ways of seeing, even different ways of being.

"The vantage point from illness is distinctive, unique, offering vistas unavailable to the well"

Now, in the midst of a pandemic, we are reckoning anew with illness. Works of the imagination show us how to do this.

Some authors write head-on about illness. Think of all those bookshop shelves groaning with misery memoirs. There are really only two arcs here: tragedy or triumph.

Some go at it indirectly, refracting the experience through fiction, like Woolf in her novel Mrs Dalloway. Often read as depicting the aftermath of the Great War, it is also very much a post-pandemic novel: its title character, Clarissa Dalloway, has post-flu exhaustion and heart damage in the wake of the Spanish flu of 1918.

I read the book in my twenties, on a Woolfian kick; I now understand it on a different level. The stream of consciousness narrative lends Clarissa's experience a trembling, tenuous quality, plus a sense that nothing in the day - in life - is to be taken for granted. "Mrs Dalloway said she would buy the flowers herself," goes the much-quoted opening, a statement redolent with the pleasure of leaving the house.

Some writers who suffer illness wilfully dodge the topic, but transmute the experience into a luminous appreciation of natural beauty. This was the approach of a tuberculosis-wracked Chekhov with his novella The Steppe, which reads as an antidote to exhaustion.

The vantage point from illness is distinctive, unique, offering vistas unavailable to the well. But we must not romanticise illness. This, as Susan Sontag famously argued in Illness as Metaphor, was the mistake the Romantics made about tuberculosis. The preponderance of Romantic writers, painters, and composers with the disease created a myth that consumption drove artistic genius. 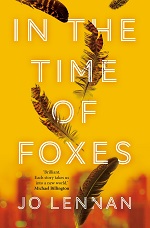 While undergoing chemotherapy, I wrote short stories. In what became my collection, In The Time of Foxes, a theme emerged: shapeshifting, adaptation, the feral arts of survival. These were my everyday concerns as I lay on a hospital recliner, laptop propped on my lap, while poison seeped through a tube into my jugular vein.

From the theme came a motif, the figure of the fox, a spirit animal of sorts for my millennial characters. Young and mobile, navigating life after the 2008 recession, they - we - inhabit a world of hustle. In one story, gigging filmmaker Nina has a fox problem in her Hackney garden. In other stories, actress Holly is blindsided by the fallout of a scandal, and Paul, an English tutor, gets too close to an oligarch.

And there is a cancer story. Freelance journalist Sebastian usually reports from conflict zones, but on getting a scan of a shrapnel wound, he realises he is in for a different fight.

Illness shaped the stories in other ways. Crucially, they allowed me to travel at a time when I felt stuck. The book ranges from London to Moscow and Hong Kong, from a Japanese onsen town to the Atlantic coast of Spain - places I know or used to know, that stayed with me in some way. The stories travelled where I could not.

Illness also forced a reappraisal of how I write. Suddenly impatient with the carefully worked, carefully polished prose that was my usual mode, I wanted something more akin in spirit to my WhatsApp chats with friends, where messages flew back and forth, fast and savagely funny.

Another upside of writing while extremely ill: I suspended my inner censor. I no longer had the time or the inclination for writerly self-doubt. When the chemo lassitude lifted, I wrote in concentrated bursts.

The question that writers face - how to write of illness? - is a question for us all. Each of us is forced, at some time or other, to inhabit the night-side of life, to use Susan Sontag's description. And each of us is a writer of a kind, hewing a narrative out of the circumstances of our lives, trying to make sense of this existence.

If illness turns us into islands, fiction has the power to restore a sense of connection. It travels where we may not and shows us different ways of being. The strange bounty of illness, encountered in such books, is that we see more clearly the tenuousness of life, and how improbable - how remarkable - it is to be here at all.

Jo Lennan is the author of In The Time of Foxes (Scribner), a debut collection of short stories out in paperback today (8 July). She has written for the Economist, 1843, Time, the Millions and others. Her award-winning stories appear in literary journals and anthologies.